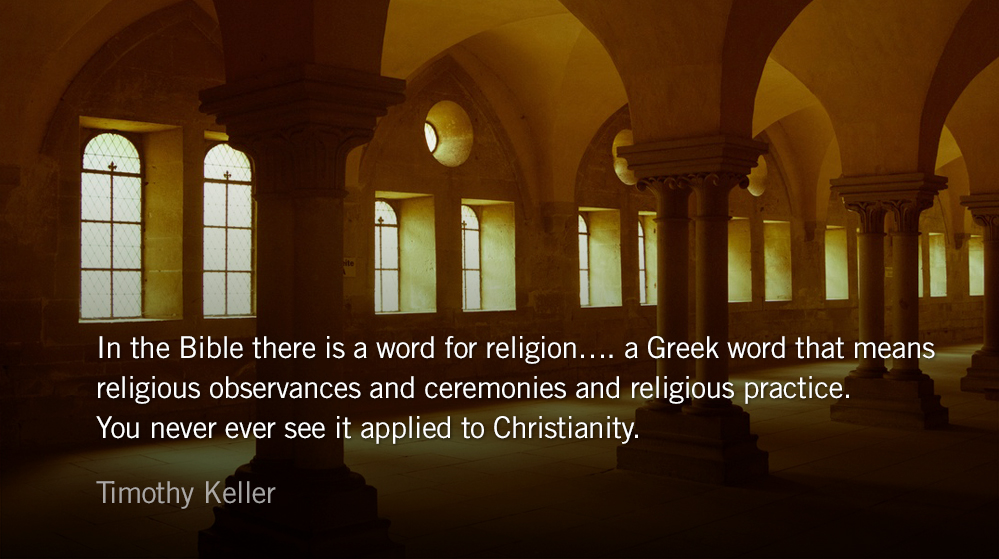 Christ, The End of Religion

We have such a high priest, one who is seated at the right hand of the throne of the Majesty in heaven. — Hebrews 8.1-2

Spirituality is on the rise in America. Religion, however, is continuing on a multi-decade decline. Pew Research notes, “The phrase ‘spiritual but not religious’ has become widely used in recent years by some Americans who are trying to describe their religious identity.”

The transition from religion to spirituality is exciting for faithful Christians searching for ways to speak about faith. To contrast Christianity, pastor Timothy Keller examines the two elements all religions hold in common:

All religions believe behind the realities of nature there is an ultimate reality. There’s a Reality, capital ‘R’. There is some transcendent power above and behind all of nature that can’t be reduced to empirical, natural scientific factors or causes.

The second thing all religions agree on is there’s some gap between us and that ultimate reality. There’s some gap that needs to be bridged, or there are some barriers that need to be overcome.

At their core, the world’s religions propose that this gap is bridged through moral living, sacrifice, consciousness, or some other human work. Alternatively, Christianity presents Christ as the prophet who came to offer his life on our behalf—as both priest and king. Dr. Keller explains:

In the Bible there is a word for religion…. a Greek word that means religious observances and ceremonies and religious practice. You never ever see it applied to Christianity.

The Romans, who loved religions, let everybody have their own religion…. They let a thousand religions bloom, yet they persecuted Christians and called them atheists.

Christ, our great high priest, is described by the author of Hebrews as being seated. The work is complete—it is finished—religious labor to cross the gap is superfluous. Dr. Keller declares:

Every other religion says, “Do this, give this, offer this, live this, experience this, and that will send you over the gap to God,” but Jesus says, “I’m the God who at infinite cost to myself has come over the gap, has come over the barriers to you, barriers and a gap that you, with your puny little religious observances would never have been able to bridge, but I’ve come to you.”