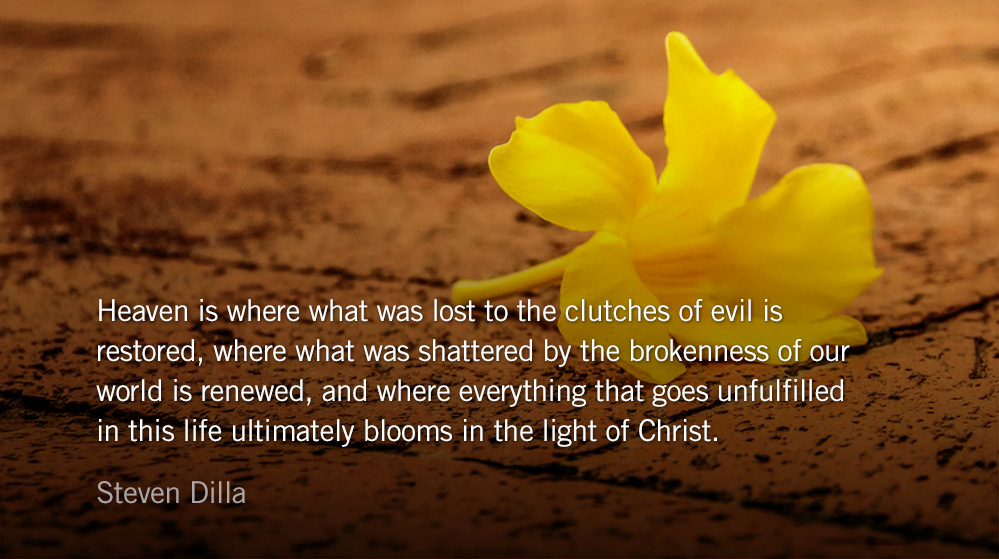 Christ, “descended into hell,” confesses the Apostles’ Creed. Because the verse in 1 Peter 3 is opaque, along with the smattering of other references the New Testament offers (Acts, Ephesians, and again in 1 Peter), there has always been great debate as to what the authors of Scripture are trying to convey.

The importance, of course, is not about this particular phrase itself, but what it means that Christ “descended,” to use the words of Ephesians. “We ought not omit his descent into hell,” John Calvin argues in his theological opus, Institutes. Though Orthodox and Roman Catholic views hold that Christ’s descent occurred in burial, Calvin believes Christ descended in death:

The point that the Creed sets forth, what Christ suffered in the sight of men, and then appositely speaks of that invisible and incomprehensible judgment which he underwent in the sight of God in order that we might know not only that Christ’s body was given as the price of our redemption, but that he paid a greater and more excellent price in suffering in his soul the terrible torments of a condemned and forsaken man.

Christ’s descent to hell—his separation from God—demonstrates that God’s love goes beyond emotionalism or mere platitudes. The event of God turning his back is so hellish it instantly ended Christ’s life: “My God, my God, why have you forsaken me?” Christ endured.

What we see in this picture of Christ is the depth of his obedience, the price of our sin, and the radiance of the Father’s grace. In speaking of the doctrine of Christ’s descent, The Gospel Coalition observes:

Two of the three ecumenical creeds affirm this doctrine, and the early church theologians all discuss Jesus’s descent to the dead and see great importance in it. We cannot simply throw out creedal language and ignore the history of doctrine.

Christ descended because of our sin. Moreover, he ascended because of God’s grace. If hell is separation, heaven is unity—it is where everything is exactly as God wills. Heaven is where what was lost to the clutches of evil is restored, where what was shattered by the brokenness of our world is renewed, and where everything that goes unfulfilled in this life ultimately blooms in the light of Christ.