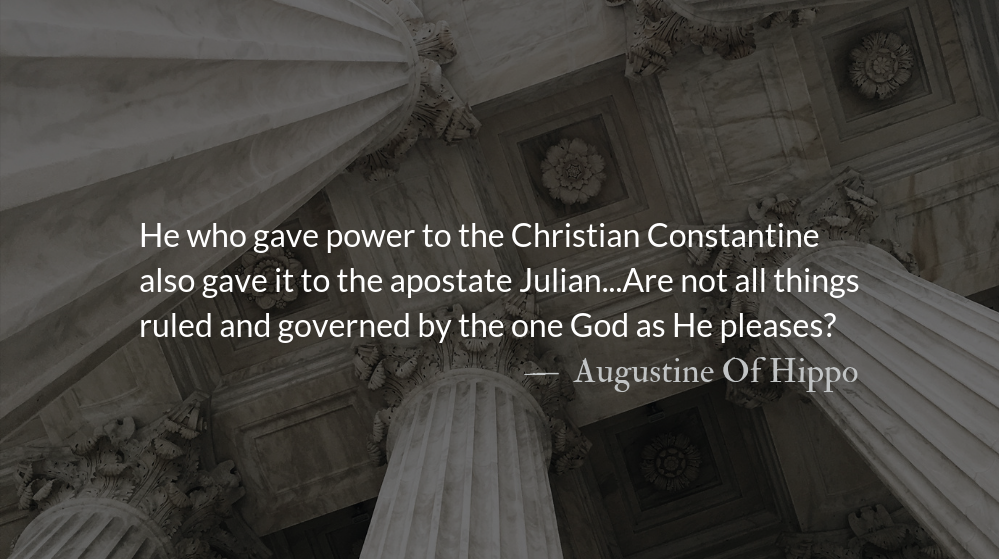 Hosea 12.6
But you must return to your God;
maintain love and justice,
and wait for your God always.

From John:
We look back today at the words of Augustine. That human kingdoms are established by God, should make us neither apathetic or comfortable. We make an error if we assume the person to win an election is “God’s man.” We make a similar error if we assume that we cannot live as believers under authority either apostate or anti-Christ. What is required of us does not change with the rising or falling of political tides.

Reflection: Augustine on Political Leaders
By Augustine of Hippo (354-430 C.E.)

He is the one true God who never leaves the human race without justice and help. He gave a kingdom to the Romans, as He also did to the Assyrians—and even the Persians, who, as their own books testify, only worshipped two gods—to say nothing of the Hebrew people, who, as long as they were a kingdom, worshipped none save the true God.

Prayer: The Refrain for the Morning Lessons
I hate those with a divided heart, but your law do I love. — Psalm 119.113

Additional Reading
Read More from Kuyper on God’s Sovereignty in Politics
In any successful attack on freedom the state can only be an accomplice. The chief culprit is the citizen who forgets his duty, wastes away his strength in the sleep of sin and sensual pleasure, and so loses the power of his own initiative.

Read More about The Seductive Idolatry of Politics :: Readers’ Choice
We must make sure we are pursuing actions that please Christ rather than pleasing human political kingdoms. We serve the same kingdom Christ testified to before Pilate put him to death and the kingdom Stephen saw before being stoned by the Sanhedrin.