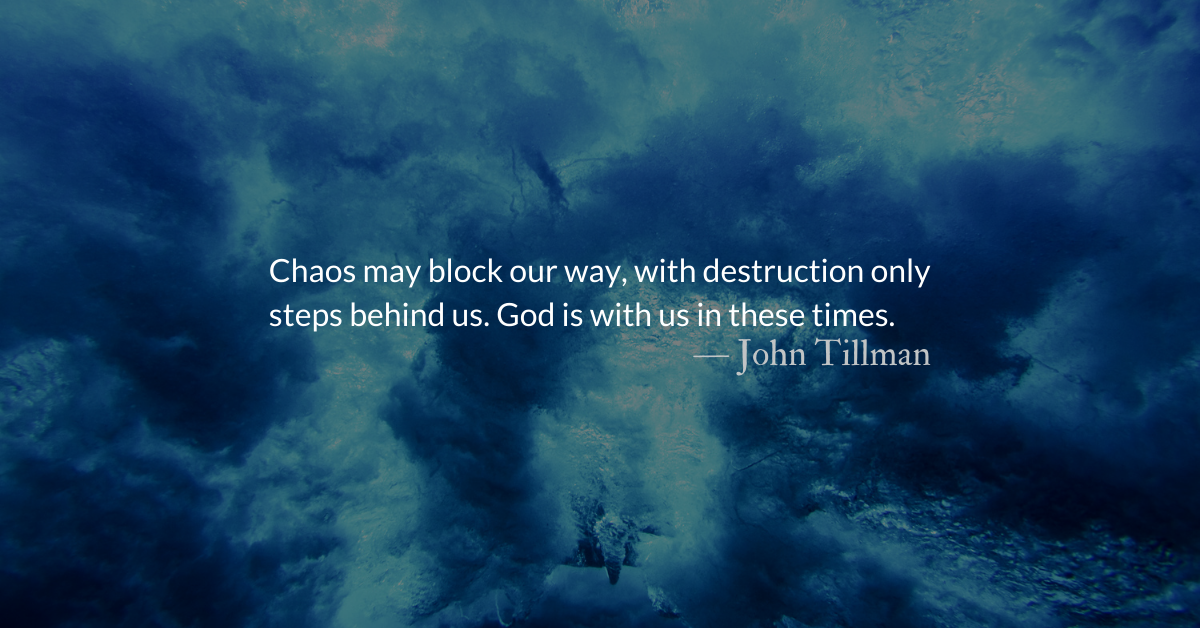 Anxious Nights Between Destruction and Chaos

Scripture Focus: Exodus 14.19-20
19 Then the angel of God, who had been traveling in front of Israel’s army, withdrew and went behind them. The pillar of cloud also moved from in front and stood behind them, 20 coming between the armies of Egypt and Israel. Throughout the night the cloud brought darkness to the one side and light to the other side; so neither went near the other all night long.

Reflection: Anxious Nights Between Destruction and Chaos
By John Tillman

The crossing of the Red Sea is dramatic, but it was not an instant miracle. The waters did not rush backward in seconds or in dramatic slow-motion. We do not know exactly what it looked like but we do know that it took all night long for the waters to be blown back and the path to dry out.

During the night the people were protected by the pillar of cloud and fire, which brought them light and their enemies darkness. Despite this, the night must still have been one of sustained tension and anxiety as the wind blew and the waters slowly parted and dried up.

The imagery of the Red Sea crossing reflects parts of the Genesis creation account and establishes God as the ruler over creation. Many in the ancient world viewed large bodies of water as symbols of chaos. It is this kind of watery chaos and darkness that is depicted in Genesis when God’s Spirit is hovering over the waters before causing dry land to appear. (Genesis 1.2)

To part the waters for Israel, God’s Spirit sends an “East wind” that blows on the waters through the night, exposing dry land. An “East wind” did not necessarily blow from the East, as we would think of it.

In our lives, we may spend many anxious nights facing chaos. We may wait in tension and darkness, needing a miracle. Chaos may block our way, with destruction only steps behind us.

God is with us in these times.

We have no pillar of cloud, but we have the guidance and protection of his Word.
We have no wind to blow across the chaos, but we are filled with the wind of the Holy Spirit that brings order to our chaotic hearts and minds.
When we face turbulent, chaotic waves, we have the foundation of Jesus Christ upon which to make our stand and the footsteps of the Savior in which to place our feet.

Divine Hours Prayer: The Refrain for the Morning Lessons
I will confess you among the peoples, O Lord; I will sing praises to you among the nations. — Psalm 108.3

Read more about Jericho’s Wall
The lesson of Jericho’s wall is…if we are unfaithful, we too will face God’s wrath and no wall will stand in its way.