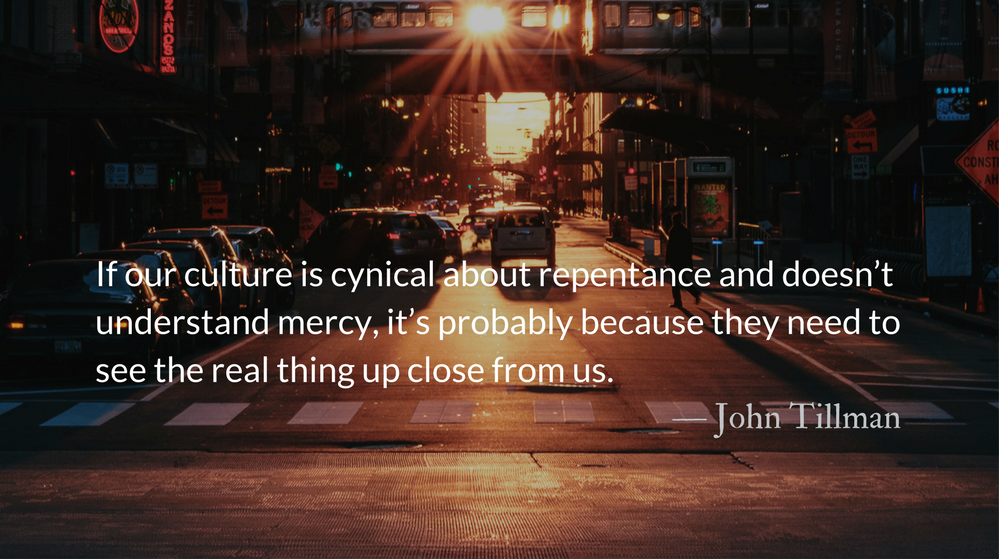 A True Example of Repentance

Scripture: 1 Timothy 1.15-16
Christ Jesus came into the world to save sinners—of whom I am the worst. But for that very reason I was shown mercy so that in me, the worst of sinners, Christ Jesus might display his immense patience as an example for those who would believe in him and receive eternal life.

Reflection: A True Example of Repentance
by John Tillman

Since Paul wrote 1 Timothy, a parade of feigned repentants has damaged our understanding of repentance and mercy. We often see repentance as a trick, even if we initially can’t resist being pulled in by it.

There’s one thing they can never resist and that’s a reformed sinner. — Billy Flynn, Chicago

Reporter, Maurine Watkins, famously based Billy Flynn on the real-life law partners, W. W. O’Brien and William Scott Stewart, who defended and gained acquittal for Belva Gaertner and Beulah Annan, the real-life women upon whom Velma Kelly and Roxie Hart were based. Watkins’ barely fictional play, after her death, was sold and adapted. Broadway and Hollywood made Chicago a cultural touchstone.

Not only that, but when it comes time to grant mercy to a repentant, we are stingy. As permissive as our supposedly modern culture is, we are remarkably tribal about mercy. Members of our own tribes, whether religious, political, or racial are more likely to be shown mercy than those of tribes we’d rather continue to point fingers at.

Paul, however, demonstrates the power of true repentance that goes beyond a surface-level, placating facade; he teaches us about mercy beyond any that culture is willing to grant—even to allies.

The repentance Paul exemplifies and teaches is destructive to pride, selfishness, and our very way of thinking and living. This Gospel repentance is more than remorse, but reconstruction. It is fueled not by our own inner strength, but is activated when we admit openly our inner weakness.

The Greeting
Show me your ways, O Lord, and teach me your paths. Lead me in your truth and teach me, for you are the God of my salvation; in you have I trusted all the day long. — Psalm 25.3-4