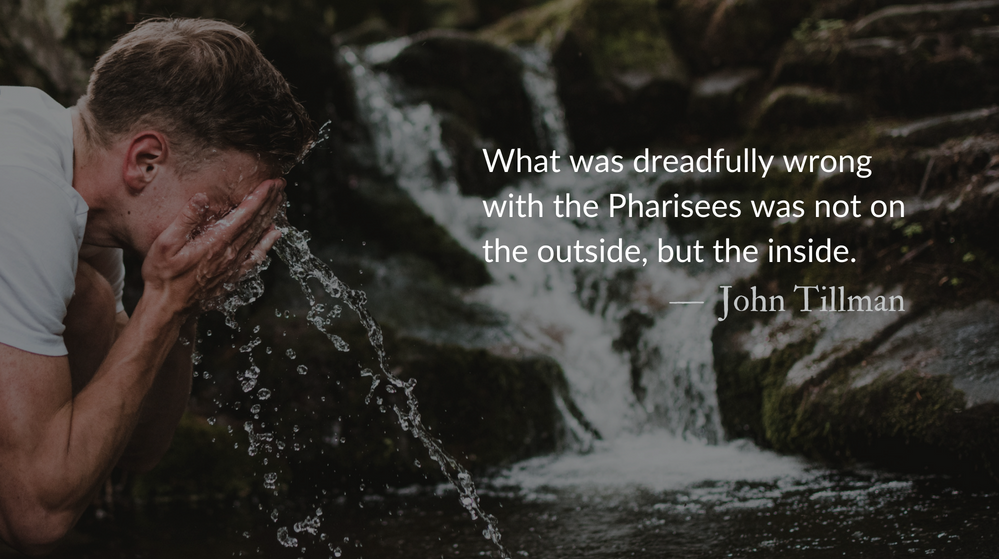 Scripture: Mark 8.11-12
The Pharisees came and began to question Jesus. To test him, they asked him for a sign from heaven. He sighed deeply and said, “Why does this generation ask for a sign? Truly I tell you, no sign will be given to it.”

The immature demand signs because they walk by sight—not faith.

However, the Pharisees and religious leaders, the most outwardly spiritually mature Jews of their day, were often the ones demanding a sign from Jesus.

In this chapter we see Jesus perform signs and miracles, but the Pharisees don’t see them. Not that seeing a miracle would guarantee faith. Elsewhere in scripture we know the Pharisees witnessed many of Christ’s miracles. We also see that the crowds that witnessed large public miracles (such as feeding the 4000 and the 5000) failed to develop mature faith.

This frustration must have weighed on Jesus and may be the source of the deep sigh of frustration Mark records. Few were ready when the long-awaited Messiah appeared and many did not recognize the hour of visitation.

The religious leaders were not mustache-twisting villains. They were good and well-intentioned men. The Pharisees sought actively to do God’s will as completely as humanly possible.

As Christians, Pharisees would be the most frequent attenders of your church. They would not be similar to “cultural Christians” whose only identifying mark of Christianity is on a census taker’s form. In fact, they would probably look down on such uncommitted believers.

What was dreadfully wrong with the Pharisees was not on the outside, but the inside.

The Pharisees’ outward behavior had the practiced discipline of tradition and the polished veneer of virtue. But they neglected the more important parts of the law. Practices that should have inspired humility and mercy, instead lead to pride, superiority, oppression, and cruelty.

Christ had mature followers among all varieties of people—including among the religious leaders and Pharisees. At the hour of his death, it was two of these followers who risked death to tend his body and lay it in the borrowed tomb.

May we, through our spiritual disciplines, develop a mature faith that cultivates signs and miracles of mercy and grace for others, not an immature faith that demands signs of favor and blessing for ourselves.

Prayer: The Greeting
You, O Lord, shall give strength to your people; the Lord shall give his people the blessing of peace. — Mark 9.35

Additional Reading
Read More about the Milk of the Word, A Precedent to Growth
Prioritizing the basics of faith—Bible reading, reflection, prayer, and corporate worship—is a spiritual intake process that matures with us, leading deeper into scripture as we repetitively read and absorb God’s Word.

Readers’ Choice
In August we will look back at our readers’ favorite posts of the year. Submit a Readers Choice post.
Tell us about a post and what it meant to you. What post helped refresh your faith?