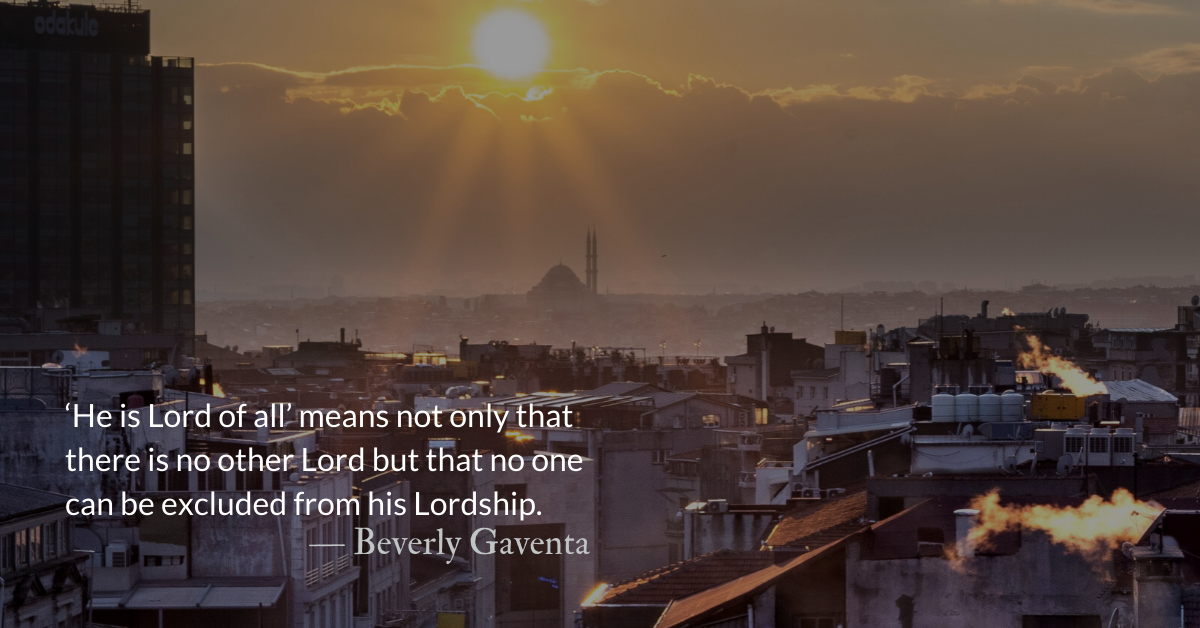 Scripture Focus: Acts 10:34-35
Then Peter began to speak: “I now realize how true it is that God does not show favoritism but accepts from every nation the one who fears him and does what is right.”

Cornelius was a big deal in Caesarea. A Roman centurion stationed in the city as a member of the Italian Regiment, Cornelius and his entire family were “God-fearing” Gentiles, regularly praying to the God of the Jews. He was also known for his generosity to the poor and needy.

None of this, however, is why Cornelius is recorded in the history of the early church. Instead, he is remembered for a vision and a summons.

During the middle of the day, Cornelius was visited by an angel, who instructed him to send for Peter. Marshalling his resources, he sent two servants and a trusted soldier on the mission to persuade Peter to come visit.

Impressed by Cornelius’ faith, Peter began preaching to the crowd gathered in the house, opening with the words, “I realize now that God does not show favoritism, but accepts anyone who fears him.” He then recounted for those assembled the gospel story of Jesus Christ.

Peter’s opening statement indicates a change in his own understanding. As a good Jew it was unlawful for him to even associate with Gentiles. It was incomprehensible to him that uncircumcised Gentiles could become disciples of Jesus, but that’s exactly what happened. We witness a mutual conversion, both of Cornelius the Gentile and of Peter the Jew.

Divine Hours Prayer: The Refrain for the Morning Lessons
I sought the Lord, and he answered me and delivered me out of all my terror. — Psalm 34.4

Read more about Putting To Death Racial Hostility
Christians must take the lead in racial issues…We cannot tire of addressing the issue. We have the only answer.

Read more about Racism Wears a Mask
It is rare that a person will admit, even to themselves, that they act out of racism directly. Racism always wears a mask.