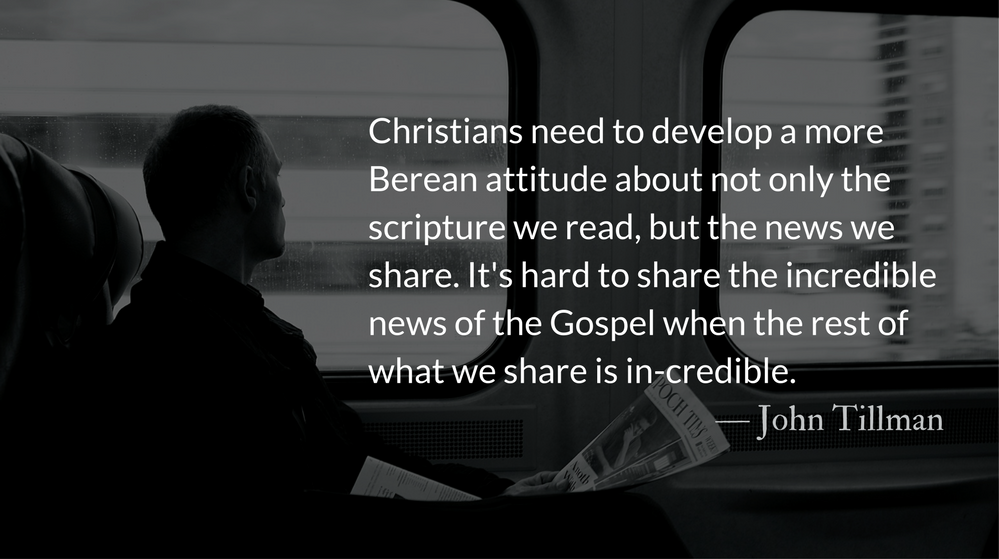 Scripture: 1 Thessalonians 2:14-15
For you, brothers and sisters, became imitators of God’s churches in Judea, which are in Christ Jesus: You suffered from your own people the same things those churches suffered from the Jews who killed the Lord Jesus and the prophets and also drove us out.

If you think people today are more sophisticated, more cultured, or more intellectual than those of the ancient world, you have been paying attention neither to ancient history nor to Facebook.

In our day, both progressive-leaning and conservative-leaning publications profit by pot-stirring. While it would be easy to point the finger at the media, we are responsible to choose a “more noble” path as consumers of content. Our sinfulness is the reason that inspiring fervor is much more profitable than dispensing facts and sensationalism is more clickable than sensible reporting.

A Reading
…I in my turn, after carefully going over the whole story from the beginning, have decided to write an ordered account for you, Theophilus, so that your excellency may learn how well founded the teaching is that you have received. — Luke 1:3-4