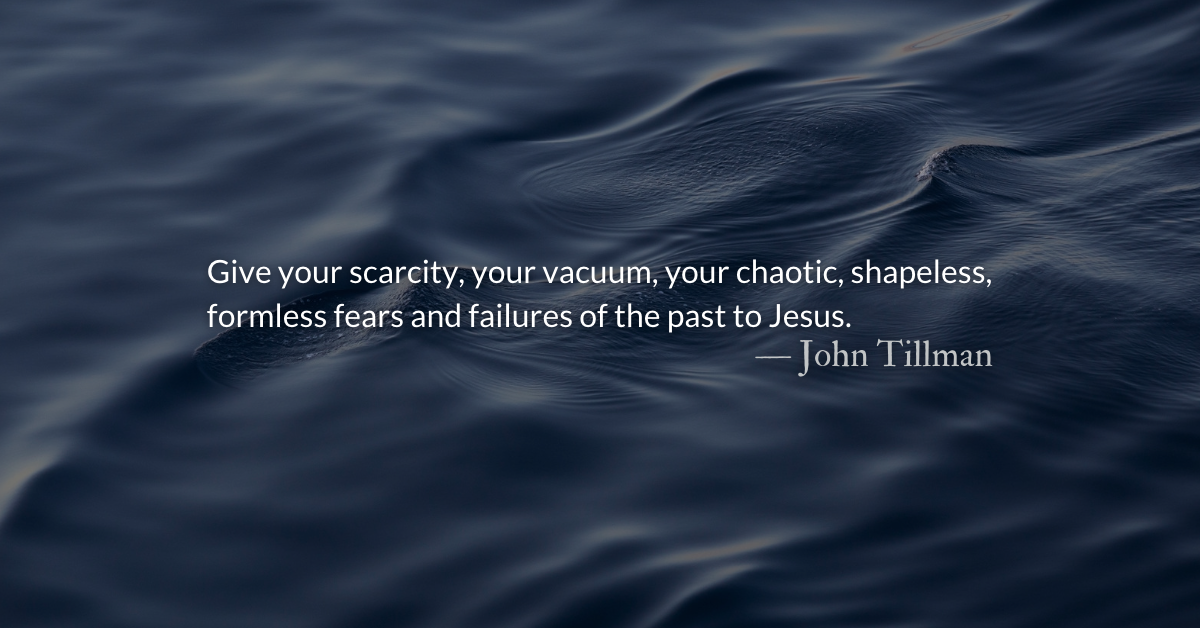 Scripture Focus: John 2.6-11
6 Nearby stood six stone water jars, the kind used by the Jews for ceremonial washing, each holding from twenty to thirty gallons.

7 Jesus said to the servants, “Fill the jars with water”; so they filled them to the brim.

8 Then he told them, “Now draw some out and take it to the master of the banquet.”

They did so, 9 and the master of the banquet tasted the water that had been turned into wine. He did not realize where it had come from, though the servants who had drawn the water knew. Then he called the bridegroom aside 10 and said, “Everyone brings out the choice wine first and then the cheaper wine after the guests have had too much to drink; but you have saved the best till now.”

11 What Jesus did here in Cana of Galilee was the first of the signs through which he revealed his glory; and his disciples believed in him.

Genesis 1.1-2
1 In the beginning God created the heavens and the earth. 2 Now the earth was formless and empty, darkness was over the surface of the deep, and the Spirit of God was hovering over the waters.

Reflection: From Your Nothing…Something Beautiful
By John Tillman

I recently came across a video by Dr. Darrell Johnson. In it, Dr. Johnson explains why turning the water into wine is, in his opinion, the most miraculous thing done by Jesus that is surpassed only by his resurrection.

What about feeding the 5,000? What about raising Lazarus? Well, as Dr. Johnson explains, when he fed the 5,000 he only multiplied what was there and when he raised the dead he only reanimated what was there. In the miracle of the water into wine, he demonstrated that he can create something from nothing.

I have, in the past, wondered why John, who only chose seven miraculous signs to testify to Jesus’ divinity, would spend one of his seven choices on the wine at the wedding. I thought perhaps John wanted to start small. But Dr. Johnson has made me reconsider that.

John opened his gospel with a poetic description of Jesus, the Word, as a participant in the creation of the world—that “through him, all things were made.” (John 1.1-3) In Genesis, the “nothing” from which God created the world was “formless and empty” water. The Spirit of God hovered over this empty and formless deep sea and John testifies that Jesus was there.

The biblical authors, including John, didn’t have a concept of “nothing” that was formed, as ours has been, by space travel. To them, the vacuum of space was the open ocean, and “nothing” meant the formless, useless, shapeless, chaos of the deep waters.

Perhaps John remembered and related this story specifically because it places Jesus once again hovering over deep pools of “nothing” and turning them into something.

How has your past year gone? Are you, like the wedding host, staring down scarcity? Are you hovering over deep waters of disappointment? When you look for meaning or achievements, do you see only formless, useless, shapeless, chaos, like the shifting waves of the deep ocean?

Give your scarcity, your vacuum, your chaotic, shapeless, formless fears and failures of the past to Jesus. Sense him hovering over them with you. From your nothing, Jesus can make something beautiful.

The water became the finest wine that brought joy to the heart. What will your “nothing” become? What it will be can only be known by following him. Join us in following him. And bring someone with you.

Divine Hours Prayer:
Proclaim with me the greatness of the Lord; let us exalt his name together. — Psalm 34.3

Read more about Supporting Our Work
Please consider becoming a one-time or monthly donor! Support ad-free content that brings biblical devotionals to inboxes across the world.

Read more about Reading The Bible With Us
Immerse in the Bible at a sustainable, two-year pace, with time for reflection and growth from each day’s passage.
https://mailchi.mp/theparkforum/m-f-daily-email-devotional