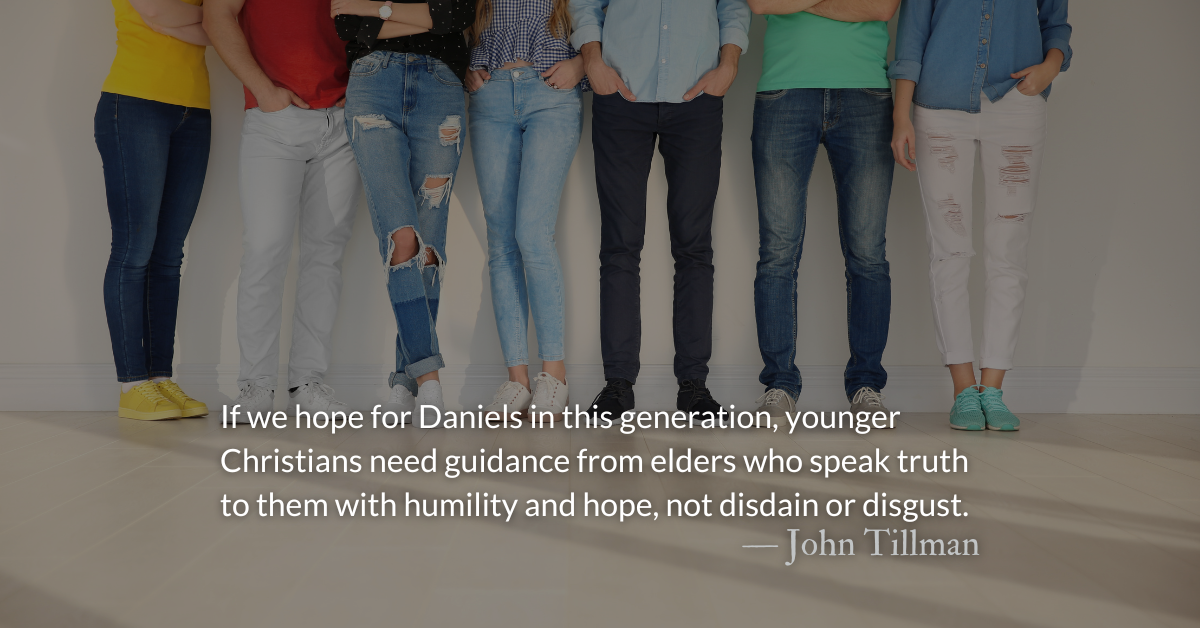 A Generation of Exiles

Scripture Focus: Daniel 1.17-29
17 To these four young men God gave knowledge and understanding of all kinds of literature and learning. And Daniel could understand visions and dreams of all kinds.

18 At the end of the time set by the king to bring them into his service, the chief official presented them to Nebuchadnezzar. 19 The king talked with them, and he found none equal to Daniel, Hananiah, Mishael and Azariah; so they entered the king’s service. 20 In every matter of wisdom and understanding about which the king questioned them, he found them ten times better than all the magicians and enchanters in his whole kingdom.

Reflection: A Generation of Exiles
By John Tillman

The Study of Mathematically Precocious Youth began in 1971. 5,000 intellectually talented 12-13 year-olds were identified and tracked over their lifetimes to identify ways education for all students could be improved.

At a similar age to the SMPY participants, Judah’s children were not just “identified” or “tracked.” They were captured, enslaved, and transported to a foreign capital. They were forced into a culture hostile to their values. They were educated in things that conflicted with their beliefs. The system of indoctrination went so far as to force them to change their identities. Their names were stripped from them and they were assigned names that honored false gods. Many were made eunuchs, although the Bible is silent on whether this happened to Daniel’s group.

Despite the Bible not holding all the data we would like to know, we can still learn from Daniel, Hananiah, Mishael, and Azariah. These young men, or children as we would call 12-year-olds today, are good subjects for our study.

Like the SMPY subjects, Christians have long tracked Daniel, Hananiah, Mishael, and Azariah. We comb through the data of their lives for proof that faith can stand times of fiery testing. We long to learn from them how to live under cultural pressure. We look to them for examples of excellence amidst exile.

Looking around us today, some Christians have little more than disparagement for younger generations. They are called weak, lazy, entitled, and unprincipled. They are called out for uninformed idealism, lack of conviction, or unrealistic goals.

We could say similar things about Daniel and his peers. They assimilated, at least partially, into the culture around them. They took foreign names. They learned forbidden topics. Instead of disdaining what they were taught, they learned it better than anyone else. But when it came time to take a principled stand, they proved beyond any doubt that their idealism had a backbone that stood strong, even against threats of death.

Arguably part of their backbone came from their mentors in the scriptures. Daniel read Jeremiah and Ezekiel, finding hope and strength. What are younger generations reading from us? Insults? Sarcasm? Or loving, supportive truth?

If we hope for Daniels in this generation, younger Christians need guidance from elders who speak truth to them with humility and hope, not disdain or disgust. The next generation of the church will soon be in their hands.

Divine Hours Prayer: A Reading
Jesus said: “Everything has been entrusted to me by my Father; and no one knows who the Son is except the Father, and who the Father is except the Son and those to whom the Son chooses to reveal him.” —Luke 10.22

Read more about Undefiled at Heart
Pastors and teachers regularly turn to Daniel as an example of how to live undefiled in a culture that is radically opposed to faith.

Read more about Resisting in Faith
Daniel doesn’t succeed by doing what all the other strategists and forecasters did. He doesn’t resist by deception, by violence, by falsehoods.