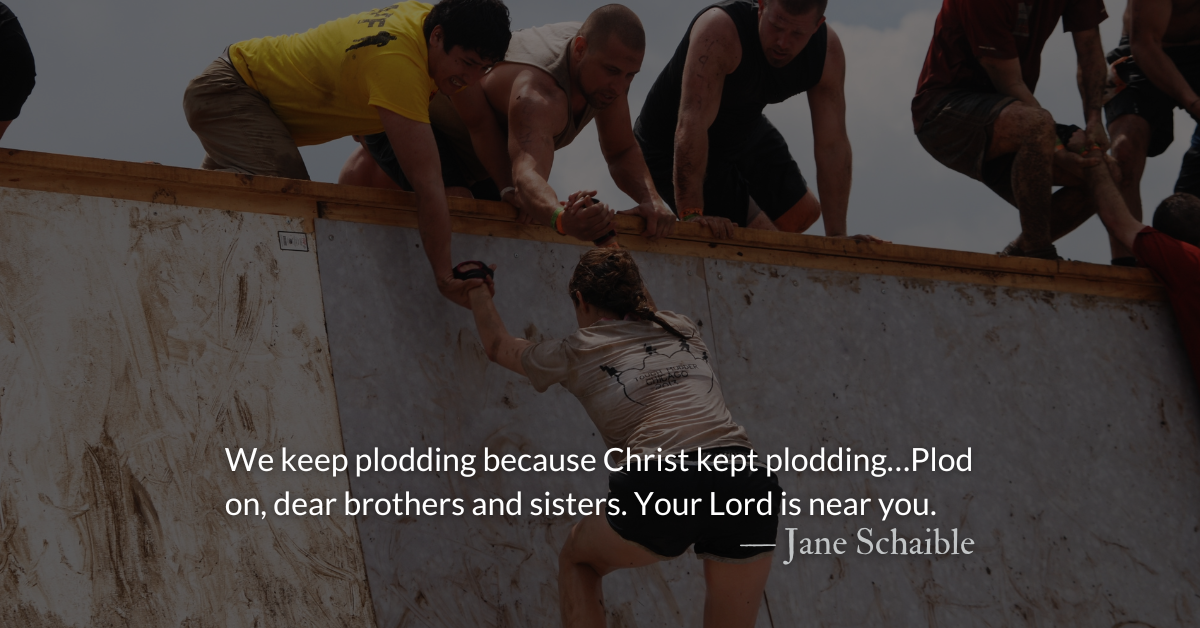 Plod On, Dear Brothers and Sisters

Scripture Focus: Acts 23:11
11 The following night the Lord stood near Paul and said, “Take courage! As you have testified about me in Jerusalem, so you must also testify in Rome.”

Reflection: Plod On, Dear Brothers and Sisters
By Jane Schaible

Though continually empowered by God, there are just a few verses where we get to read his words of encouragement to Paul.

In the quiet safety of the barracks, when the uproar before the Sanhedrin faded, the Lord reassured him. “Take courage!” Jesus reminded Paul that Jerusalem won’t be the end of his story. He will make it to Rome.

At a time when perhaps this journey seemed to be taking forever, when maybe it didn’t seem certain how he’d escape the bloody plots of the people, the Lord “stood near Paul.” He came close, he spoke. He reminded Paul that he wasn’t alone, that his goal was still before him, that he was on the right path. “Keep plodding, Paul.”

There are seasons in our lives where we feel like life is taking forever. We may be trying to evade obstacles. We may be plodding along the path of obedience. Days like these can feel unending. What do we do when we aren’t feeling sure of the call?

Paul plodded on. This is what he’d tell us to do: “Follow my example.” Yet, in the same breath he calls us to follow another. “Follow my example, as I follow the example of Christ” (1 Corinthians 11.1). We keep plodding because Christ kept plodding. He stayed on the long, slow-going, forever-taking road. He kept walking the path through suffering to glory, so that we might share in his glory (Romans 8.17).

Plod on, dear brothers and sisters. Your Lord is near you. He has plodded the path before you, and he has promised that he is always with you (Matthew 28.20).

Divine Hours Prayer: The Refrain for the Morning Lessons
I will meditate on your commandments and give attention to your ways. — Psalm 119.15

Read more about Peace of Endurance
Believers are called upon to accept the hard paths they are on, even to captivity or death.