Scripture Focus: Daniel 5.17, 25-28
17 Then Daniel answered the king, “You may keep your gifts for yourself and give your rewards to someone else. Nevertheless, I will read the writing for the king and tell him what it means.

25 “This is the inscription that was written:

26 “Here is what these words mean:
Mene: God has numbered the days of your reign and brought it to an end.
27 Tekel: You have been weighed on the scales and found wanting.
28 Peres: Your kingdom is divided and given to the Medes and Persians.”

Psalm 110.5
The Lord is at your right hand; he will crush kings on the day of his wrath.

Psalm 111.10
The fear of the Lord is the beginning of wisdom; all who follow his precepts have good understanding. To him belongs eternal praise.

The terms written on Belshazzar’s wall come from counting and weighing money made of precious metals and are filled with double meanings. Mene means “mina” and sounds like the word for “measured.” Tekel means shekels, a unit of weight measurement, and was also a play on the word numbered. Parsin means half-shekels, implying a kingdom divided, and sounded like Persian, which is who would take over the kingdom.

“Writing on the wall,” has become a worldwide idiom that shows up in countless cultural references. Many don’t know that it comes from the Bible. But there is more to the meaning of the phrase than an ominous warning. The writing on the wall is all about pride and gold.

The gold items Belshazzar was drinking from had an interesting history.

After humbling Egypt, God caused Egyptians to look favorably on the slaves as they left. God told the Israelites to ask for items of gold and jewelry, “so they plundered the Egyptians.” (Exodus 11.1-3; 12.31-36)

Later, the people gave of this gold to make implements of worship designed by God. (Exodus 35.20-29) A generation prior to the exile, Hezekiah showed off these golden items in the temple to visiting Babylonian officials, which seems to have sparked Babylon’s interest in conquering the land. (2 Kings 20.12-18)

So, Belshazzar held in his hand golden cups designed by God, made from gold taken by God by humbling Egypt at the height of its power. Belshazzar stood atop the empire of his father, called the “king of kings,” who at the height of his power suffered humiliation and exile because of his pride.

Belshazzar held God’s cup but did not honor the God who held his own life in his hands. (Daniel 5.23) Belshazzar “knew all this” but still chose to defy the God of Israel. Belshazzar did not measure up. He was found wanting.

Belshazzar should have known better and so should we. We also hold in our hands wealth and power that we think we gained for ourselves but which came from God.

We, like Belshazzar, “know all this,” but do we learn from the sins of our fathers before us? Do we continue in them or deny them?
We are responsible for what we know and what we do about it.
When we, and the rulers we have set over us, are weighed and measured, will God find humility or hubris? Kindness or callousness? Generosity or greed?

Read more about Hearing the Groans of the Prisoners
He hears the cries of all those oppressed by their rulers. He judges all rulers and leaders who conduct themselves with pride and irresponsibility. 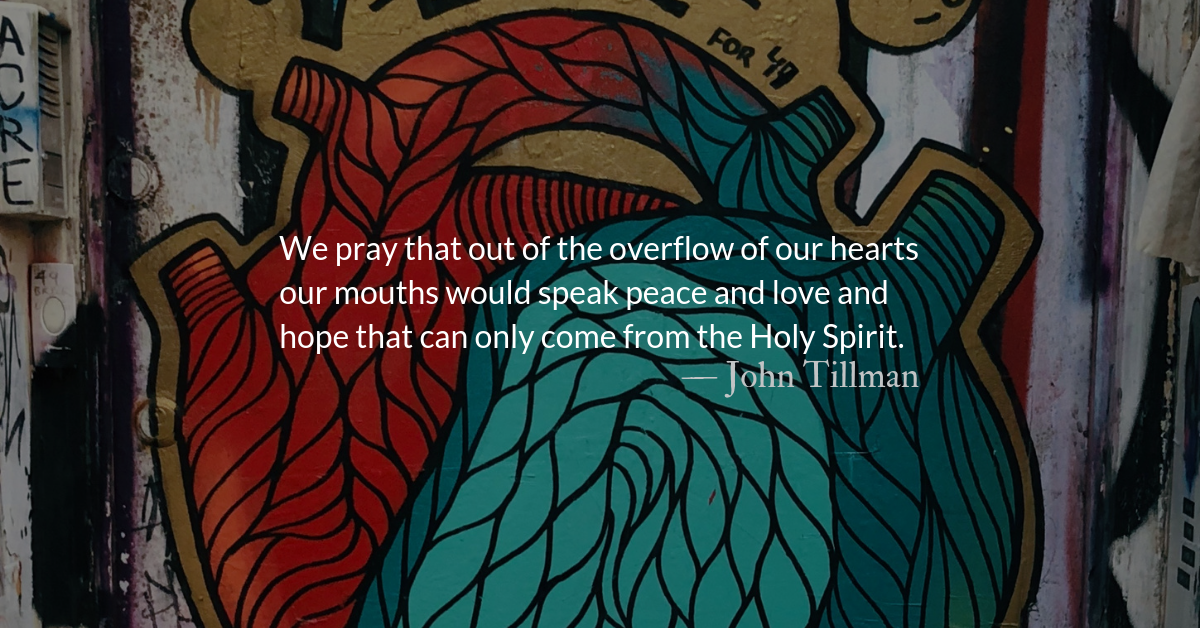 Psalm 109.28
While they curse, may you bless;
may those who attack me be put to shame,
but may your servant rejoice.

From John:
At The Park Forum, we have long wondered how powerful it would be if the Church took the lead in restoring public civility. We repeat this post from several years ago as a prayer that out of the overflow of our hearts our mouths would speak peace and love and hope that can only come from the Holy Spirit.

“In Hebrew the term dabar means both word and deed,” Frederick Buechner observes. “Thus, to say something is to do something.” Buechner explains:

“Who knows what such words do, but whatever it is, it can never be undone. Something that lay hidden in the heart is irrevocably released through speech into time, is given substance and tossed like a stone into the pool of history, where the concentric rings lap out endless!”

How many ripples have we suffered in this year of political rancor? The collective loss of civility has been mourned as often as it has inflicted wounds across the spectrum. Yet, Hua Hsu writes for the New Yorker, “The problem with civility is the presumption that we were ever civil in the first place.” Hsu continues:

“Thanks to the Internet, we have become expert parsers of language, meaning, and authorial intent. We have grown obsessed with subtext. In other words, we live in very discursive times, when language seems to matter more than ever.”

“See how a great forest is set aflame by such a small fire! And the tongue is a fire,” warns the book of James. How powerful would it be if the Church were to lead in the restoration of public civility in American culture?

For such a restoration to take place we would have to begin with confession. For while the nearly-endless coverage of this year’s broken discourse makes it feel different, it is far from abnormal. In a piece promoting the upcoming Civility In The Public Square event, Timothy Keller explains:

“It could be argued that America has never really been a genuinely pluralistic, perspective-diverse, free society. We have never been a place where people who deeply differ, whose views offend and outrage one another, nonetheless treat each other with respect and hear each other out.”

Those who have held the reins of cultural power—its greatest academic centers, its most powerful corporations, the media—have often excluded unpopular voices and minority views that fell on the wrong side of the public morality of the day.

In the 1980s and ’90s, many white evangelical Christians wanted to occupy those places of power, and showed little concern at the time to create a society that respected communities with sharply differing moral visions.

Civility falters when people live in fear—fear that their views may be wrong; fear that their power is limited; fear that there is no sovereign who cares for their interests. But the rhythms of civility restore what was lost in the fall, as Buechner concludes:

“Words are power, essentially the power of creation. By my words I both discover and create who I am. By my words I elicit a word from you. Through our converse we create each other.”

Prayer: The Greeting
The Lord lives! Blessed is my Rock! Exalted is the God of my salvation! — Psalm 18:46

Read more about Prayer, Silence, and Civility
How much we need our words to be incense today…how much we need the fragrance of our prayers to rise before God.

Read more about Killing With our Hearts
We rush to soften Christ’s teaching about violent thoughts and words because we are unwilling to let go of them.