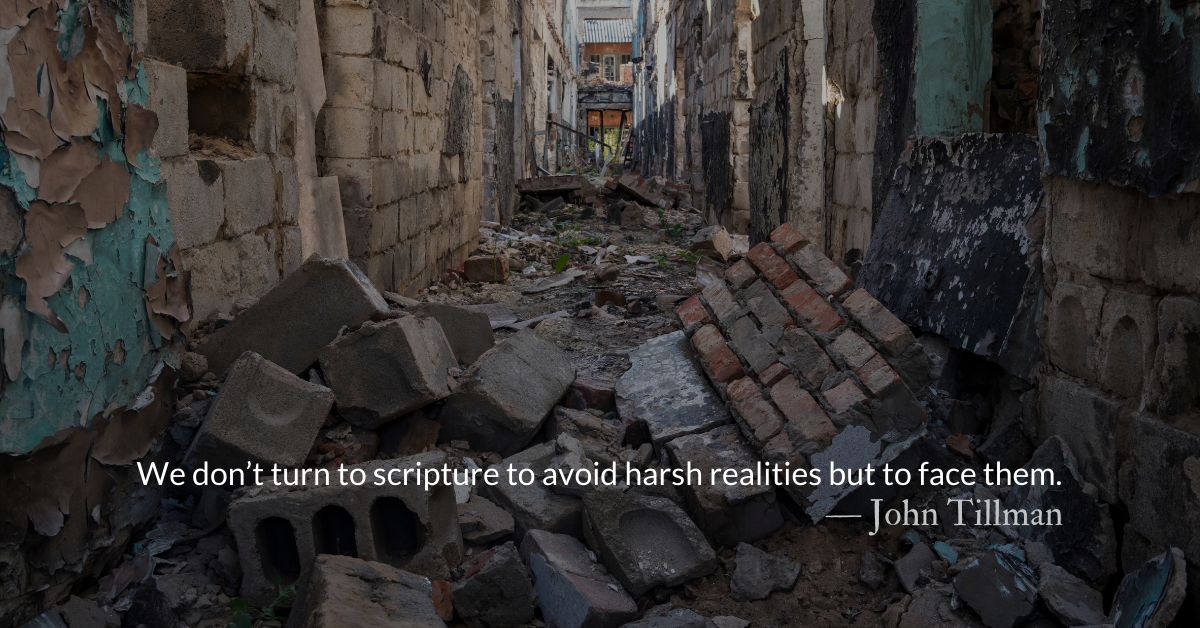 Scripture Focus: Proverbs 19.6-8
6 Many curry favor with a ruler,
and everyone is the friend of one who gives gifts.
7 The poor are shunned by all their relatives—
how much more do their friends avoid them!
Though the poor pursue them with pleading,
they are nowhere to be found. h
8 The one who gets wisdom loves life;
the one who cherishes understanding will soon prosper.

Psalm 83.1-4
1 O God, do not remain silent;
do not turn a deaf ear,
do not stand aloof, O God.
2 See how your enemies growl,
how your foes rear their heads.
3 With cunning they conspire against your people;
they plot against those you cherish.
4 “Come,” they say, “let us destroy them as a nation,
so that Israel’s name is remembered no more.”

When we say “scripture is true,” oftentimes we mean that it is the true word of God—that it is God’s chosen means of self-revelation—the message of the gospel. However, that is not all we mean when we say that scripture is true. Sometimes the scripture being “true” just means it is spitting straight, cold, hard facts.

Harsh facts of life are inked in black and white in Proverbs. No punches are pulled. “The poor have no friends.” “Bribes work.” “Fools die.”

These kinds of statements aren’t endorsements of these conditions or events. They are merely factual observations that are meant to encourage students toward wisdom. When Proverbs tells us that the poor have few friends, the writers are not advising us to avoid their friendship. Rather than endorsing transactional relationships and practical concerns, the wisdom of the Bible encourages impractical friendships and helping those who cannot help us in return.

The wisdom of the Bible does not come from isolated religious hermits. The writers of Proverbs and the rest of scripture lived in the real world. They knew corruption. They were acquainted with grief. They bore the burden of oppression. They tasted the lash of abusive leaders. They knew more brutal horrors of war than we do.

Among the harshest of realities are the realities of war. Writing this post on Friday, who knows how much further the war in Ukraine may spread by Monday. Uncertainty abounds.

I’m personally connected to some Baptist mission work in Ukraine through a seminary classmate. With non-Ukrainian workers now evacuated, the group’s posts are tense with concern and vibrant with faith. The pastors and churches they support in Eastern Ukraine are in real, tangible danger. As they share pictures of their children huddled in shelters…harsh realities surround them.

We don’t turn to scripture to avoid harsh realities but to face them. Pray continually this week over the harsh realities of war. Ukraine’s war has caught more headlines than most, but hardly a month goes by without some conflict that costs lives somewhere in the world.

The Bible acknowledges these harsh realities side-by-side with aspirational faith that justice will be done. Liars, lunatics, and war criminals will come to their end and be rewarded in kind for the evil that they do. God will not remain silent or stand aloof. He is with the suffering and the dying and those responsible will face justice.

Read more about Worship and Politics
I have never heard anyone say that a politically tinged sermon which agreed with their politics was “too political.”

Read more about Are We Proud of the Prideful?
May we be and see better leaders in the mold of Christ rather than the world.