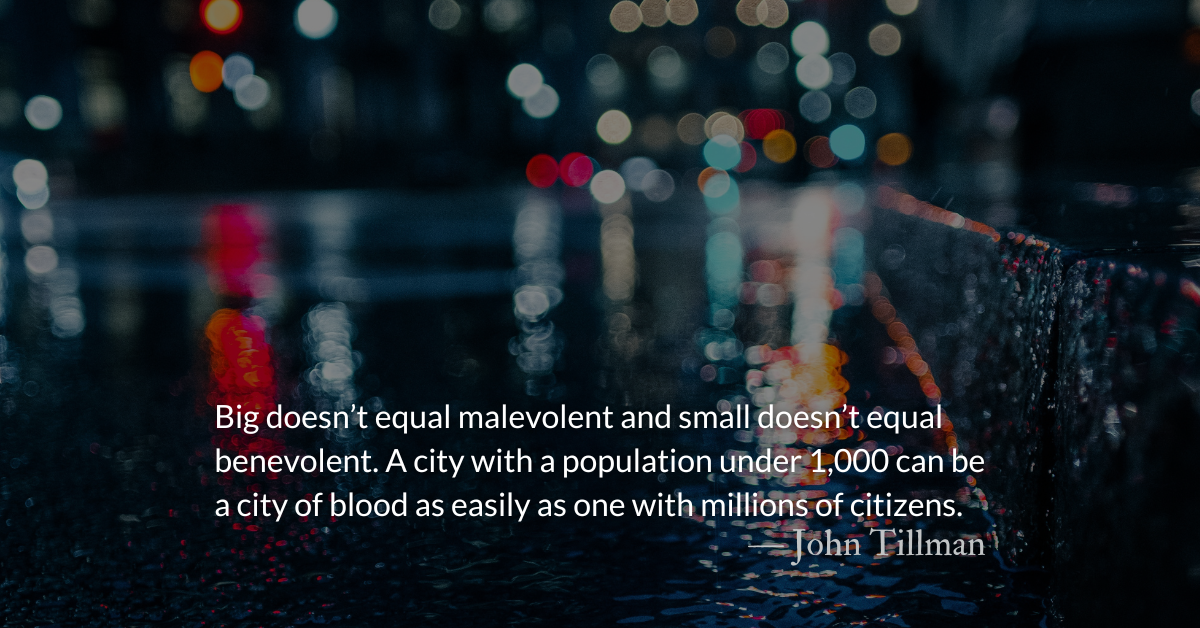 Scripture Focus: Nahum 3.1-3
1 Woe to the city of blood,
full of lies,
full of plunder,
never without victims!
2 The crack of whips,
the clatter of wheels,
galloping horses
and jolting chariots!
3 Charging cavalry,
flashing swords
and glittering spears!
Many casualties,
piles of dead,
bodies without number,
people stumbling over the corpses…

“Woe to the city of blood,” Nahum says.

God is often described as a vineyard owner or farmer, but God also loves cities. God will one day unite our world with the city of Heaven. This heavenly city will also be a life-giving garden with a tree at its heart, providing healing to the nations.

Cities can produce life, industry, and creativity, and can bless the surrounding country. Instead, Nineveh is built on blood. Ease of life for the powerful is whipped from the bodies of slaves. The profit of industry rolls on wheels that crush the poor. Cavalry, sword, and spear enforce the will of prideful tyrants, setting themselves up as gods among men.

God placed humans in a garden to cultivate the earth, but as soon as we got the chance we made cities rather than gardens. Cain, cast far from his agricultural family, plants a city. Rather than a harvest of righteousness, suffering and oppression bloomed. The great cities of humanity throughout the scripture (Babylon and Nineveh are archetypes) are symbols of human rebellion. Cities in their mold run counter to our divine vocation.

One false narrative says that cities are always evil and “small towns” are always good. Another says that cities are always wise and sophisticated and outlying areas are populated by rubes and fools. Christians shouldn’t fall for either of these. Big doesn’t equal malevolent and small doesn’t equal benevolent. A city with a population under 1,000 can be a city of blood as easily as one with millions of citizens. We should be honest evaluators of ourselves, our culture, and our communities, considering them with sober judgment. (Romans 12.2-3)

Do we live in “cities of blood?” We might be shocked to think of our communities as “Nineveh” but if we open our eyes and ears we might find similarities. Can we honestly say we don’t notice modern versions of Nineveh’s whips and chariot wheels? Don’t we see, metaphorically, the blood of the poor and bodies of the discarded in our streets? Don’t we see people bowing down to leaders who set themselves up as god-like saviors?

The false urban versus rural dichotomy obscures the fact that no matter if you plant a city or a garden, God judges it by its fruit. Whether in the city or in the countryside, God loves cultivation. Wherever we reside, transforming communities is a divine mission.

Read more about Moving Into the City
Cities simultaneously hold some of the greatest potential for our planet and the greatest evils.

Read more about No Such Thing as God Forsaken
It may be a long road and a long exile between condemnation and redemption. May we not lose hope in our God or hope for our cities.