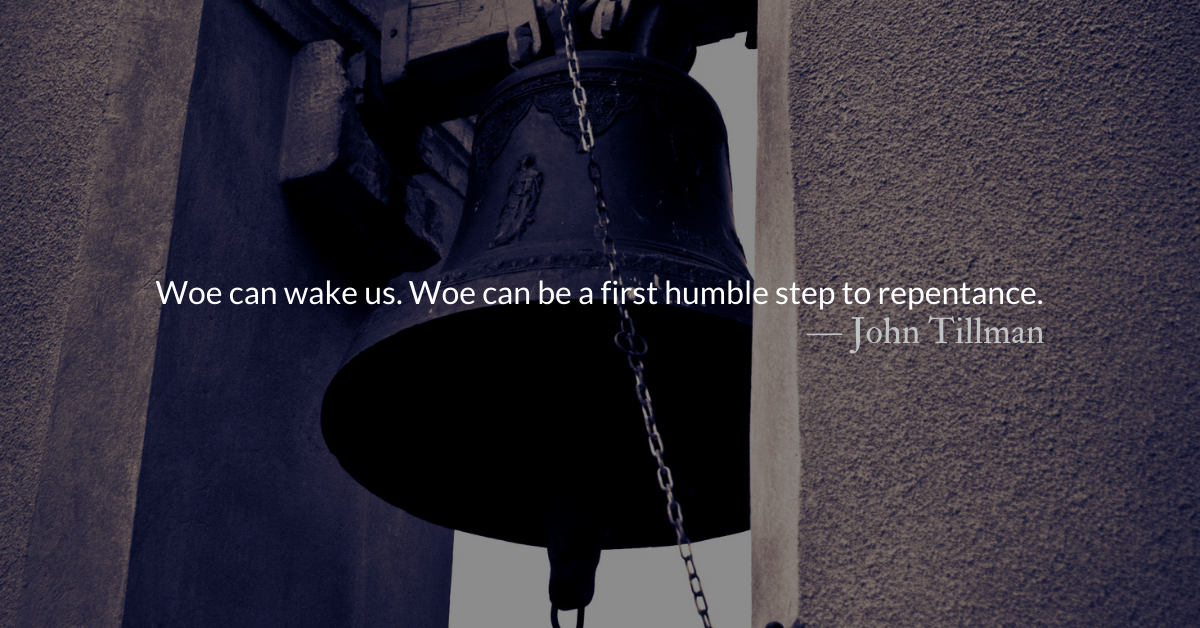 Scripture Focus: Amos 6.6
6 Woe to you who are complacent in Zion,
and to you who feel secure on Mount Samaria,
you notable men of the foremost nation,
to whom the people of Israel come!

We have lost the meaning of “woe.”

The Hebrew cry “hoy” or “ho” has been translated “woe,” “ah,” or “alas.” All of these are archaic to a modern audience. Most only know “woe” in preexisting clichés: “woe is me” or “tale of woe.” Familiarity with these phrases comes, mostly, from humorous contexts, not from true moments of distress or mourning.

“Woe,” is a wordless cry from ancient Hebrew, first appearing in Job. (Job 10.15) Ancient Hebrew mourning was normalized and formalized, with specific customs letting the community know there was one among them who mourned. The rending of clothing, the shaving of one’s head, and the cutting off of the beard spoke to the shame of loss. The singing of sad songs and wailing were orchestrated communal acts that joined the people together.

Cries of “woe” were part of this formalized mourning. The repeated, ringing cries, like a bell or a siren, rang through communities, letting the living know that one who had walked among them was dead.

Mourning in this context is both a protest against death and an acknowledgment of mortality.

We mourn death because deep down we know we are intended for eternity. Eternity is set in our hearts. This reminds us that our return to dust is the result of a tragic mistake and a rebellion that we remain complicit in. It also reminds us to seek truth, to repent and ask for forgiveness, and to enter into a new rebellion against the forces of death that now hold us captive.

The tone of “woe” is more ominous than mere sadness. It announces death and its inevitability, not just suffering or “having a bad day.” Amos, Jesus, and other prophets employ the ominous tone of, “woe” to get the attention of their audiences.

When Amos says, “woe,” to the complacent, he is announcing a funeral for their normal life. He is demanding their attention to a community tragedy. He is putting under their noses the foul stench of death to wake them from their complacent complicity in oppression and evil.

Woe can wake us. Woe can be a first humble step to repentance. Woe can mean that our past sins have died and we can now be cut free to walk in mercy. Woe can be the mourning of sin that leads to a resurrection of righteousness.

If only we will listen…
Woe.

Read more about Weighed and Found Wanting
We, like Belshazzar, “know all this,” but do we learn from the sins of our fathers before us? Do we continue in them or deny them?

Read more about Humbling Nebuchadnezzar
We pray unrepentant emperors of our day would avoid the humbling discipline of God by humbling themselves before him.