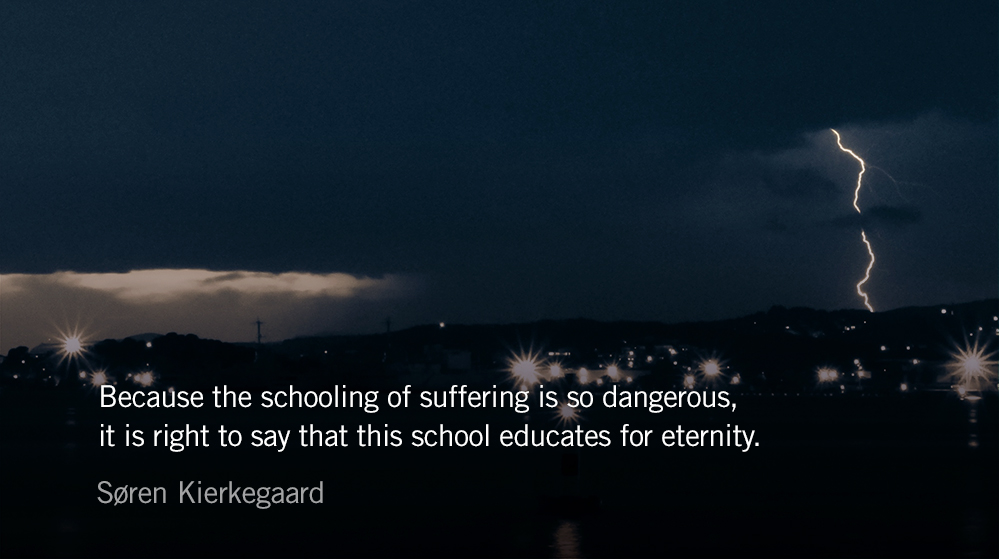 We have been shown that God will get us through times of struggle. “Though we burn, we are not consumed” is a good reminder. — Lucy

Because the schooling of suffering is so dangerous, it is right to say that this school educates for eternity.
― Søren Kierkegaard

The angel of the Lord appeared to Moses in a flame of fire out of the midst of a bush. He looked, and behold, the bush was burning, yet it was not consumed.

The burning bush appeared at the height of Israel’s suffering. Early rabbinic writings understood the bush to be a symbol of ancient Israel—persevering under the flame of Egypt’s brutality.

The Greek philosopher Philo expanded the rabbi’s imagery to include all of humanity. “For the burning bramble was a symbol of those who suffered wrong, as the flaming fire of those who did it,“ he explained in his work On the Life of Moses.

Philo was a contemporary of Christ, although the two never would have met (Philo was an aristocrat in Alexandria). The philosopher spent his life exploring the synergy and tension of Jewish scriptural study and Stoicism. His writings reveal through scripture what he could not find in philosophy—meaning in suffering.

“Christianity teaches that, contra fatalism, suffering is overwhelming; contra Buddhism, suffering is real; contra karma, suffering is often unfair; but contra secularism, suffering is meaningful,” writes Timothy Keller In Walking with God through Pain and Suffering. “There is a purpose to it, and if faced rightly, it can drive us like a nail deep into the love of God and into more stability and spiritual power than you can imagine.”

Though we burn, we are not consumed. This is the mere beginning of God’s grace. Endurance is the deposit guaranteeing great reward. God’s promise to those who suffer is not only that the flame will be extinguished, but that all it has burnt will be restored.

The prophets joyfully proclaim God as the one who will return the wasted years. The New Testament crescendos with no more tears, no more death, no more pain—all of it replaced by  new life.

It is the cross that is the enduring symbol of the Christian faith, not the burning bush. The bush reminds us that God always hears the cry of his people. The cross shows us that God stops at nothing—moving heaven and earth, even sacrificing his beloved—to bring them restoration.

The Greeting
Awesome things will you show us in your righteousness, O God of our salvation, O Hope of all the ends of the earth.