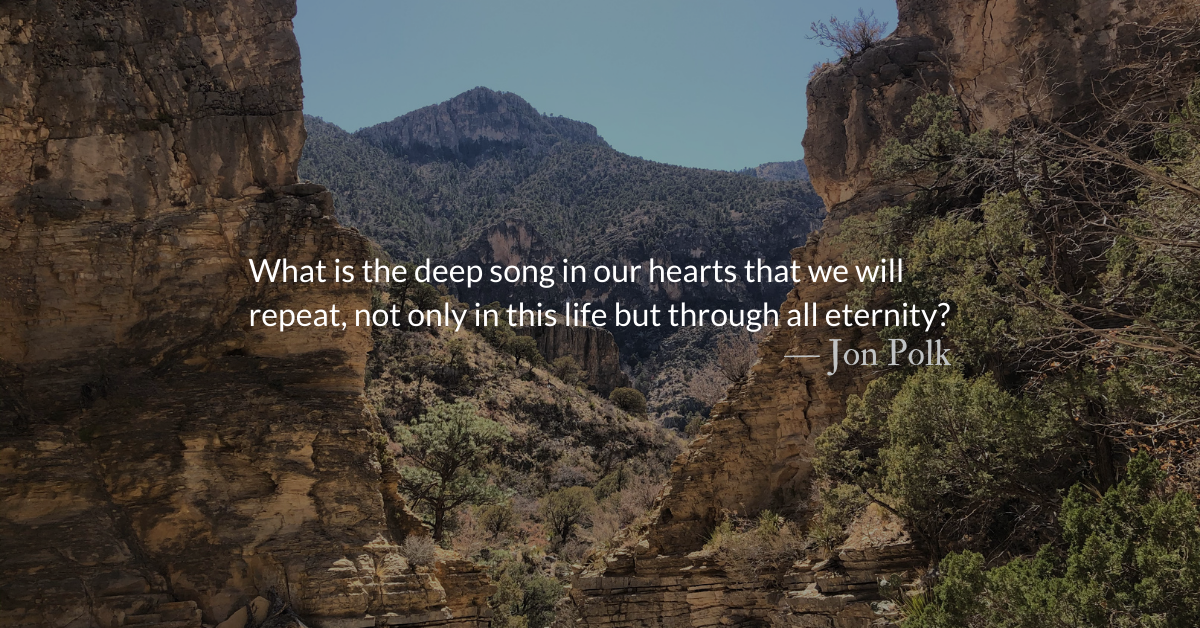 What Wondrous Love Is This? — Lenten Hymns

Scripture Focus: John 12.12-13
12 The next day the great crowd that had come for the festival heard that Jesus was on his way to Jerusalem. 13 They took palm branches and went out to meet him, shouting,
“Hosanna!”
“Blessed is he who comes in the name of the Lord!”
“Blessed is the king of Israel!”

Reflection: What Wondrous Love Is This? — Lenten Hymns
By Jon Polk

While the anonymous author of the hymn text “What Wondrous Love is This” may be lost to history, its lyrical beauty and simplicity are timeless.

The hymn originates from the Appalachian region of the United States in the early 1800s. While hymnals were not commonplace at the time, the lyrics were first published in two different camp meeting songbooks in 1811, one in Lynchburg, Virginia, and the other in Lexington, Kentucky.

Because hymn books were rare, authors would often write lyrics that were simple and repetitive to aid congregations in learning the songs. This was not indicative of a poor writer, rather the repetition served to increase retention of the words and message.

The tune of the hymn was similar to a 1701 English song, “The Ballad of Captain Kidd,” which recounted the exploits of a sailor who had been executed for piracy. Many other popular songs had also been set to the same melody. In this way, the tune was memorable and easy to learn, much like singing “Amazing Grace” to the tune of The Eagles’ “Peaceful Easy Feeling” or the old Gilligan’s Island TV show theme.

Furthermore, the song was discovered by composer William Walker during his travels in Appalachia and published in 1835 in his collection of shape note hymns, The Southern Harmony. Shape note singing was a popular form of musical notation using shapes to denote different pitches. Since most people in that day could not read music, shape notes made it possible for everyone to sing.

The season of Lent provides an opportunity for us as Christians to consider what messages we repeat over and over with our voices, actions, and attitudes. Do we present the simple message, “When I was sinking down, Christ laid aside His crown,” clearly and accessibly to those who have ears to hear?

Does the world hear a Church that repeats a message of its own selfish needs and demands, or do they hear us proclaim, “To God and to the Lamb, I will sing”?

Ultimately, what is the deep song in our hearts that we will repeat, not only in this life but through all eternity?

Read more about Bearing Reproach
By these things, we are the Lord’s messengers, preparing the way, carrying the gospel to all around us.

Read more about Justice to Wormwood
It will not do for us to sing about justice without bringing it to pass.