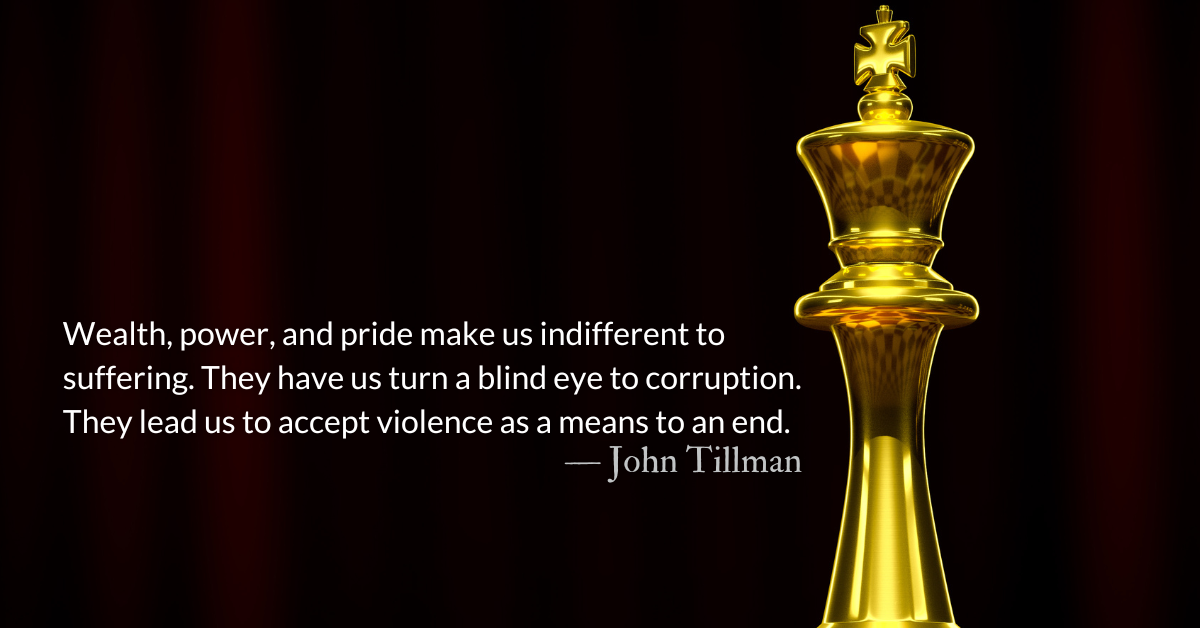 Scripture Focus: Ezekiel 28.12-19
12 “Son of man, take up a lament concerning the king of Tyre and say to him: ‘This is what the Sovereign Lord says:
“ ‘You were the seal of perfection,
full of wisdom and perfect in beauty.
13 You were in Eden,
the garden of God;
every precious stone adorned you:
carnelian, chrysolite and emerald,
topaz, onyx and jasper,
lapis lazuli, turquoise and beryl.
Your settings and mountings were made of gold;
on the day you were created they were prepared.
14 You were anointed as a guardian cherub,
for so I ordained you.
You were on the holy mount of God;
you walked among the fiery stones.
15 You were blameless in your ways
from the day you were created
till wickedness was found in you.
16 Through your widespread trade
you were filled with violence,
and you sinned.
So I drove you in disgrace from the mount of God,
and I expelled you, guardian cherub,
from among the fiery stones.
17 Your heart became proud
on account of your beauty,
and you corrupted your wisdom
because of your splendor.
So I threw you to the earth;
I made a spectacle of you before kings.
18 By your many sins and dishonest trade
you have desecrated your sanctuaries.
So I made a fire come out from you,
and it consumed you,
and I reduced you to ashes on the ground
in the sight of all who were watching.
19 All the nations who knew you
are appalled at you;
you have come to a horrible end
and will be no more.’ ”

Ezekiel references Adam’s fall from Eden and the Temple in Jerusalem to describe judgment on the king of Tyre.

Tyre’s relationship with Israel blessed both kingdoms. The friendship started with David and continued (as trading partners) throughout the history of Israel and Judah. Tyre’s religious practices and beliefs, however, followed Ba’al and other Canaanite gods. Tyre never worshiped Yahweh other than acknowledging David’s God in the perfunctory way a business partner would and supplying many of the materials that were used to build the Temple. Still, God held this foreign king responsible to him for justice and the welfare of others. God holds him responsible for violence and using dishonesty to gain wealth in addition to gloating over Israel’s fate.

Ezekiel’s metaphor of the king being cast out of Eden implies that the sin of Tyre and Adam are similar. Adam didn’t sin by thoughtlessly taking some fruit his wife handed him. Like the king, he wanted to be “like God,” wanted to declare himself wise, and wanted to say for himself what was right and wrong.

The stones mentioned are ones from the breastplate of the high priest in Jerusalem’s temple. This implies Ezekiel’s thoughts about the pride and corruption of the priests and religious leaders. The trappings of power, items of glamour and beauty intended to glorify God, were turned toward themselves. Beauty birthed pride. Splendor corrupted wisdom.

This lament leaves no doubt that, regardless of an individual’s beliefs or the culture’s moral outlook, God will not give a pass to anyone who follows the way of Tyre, Adam, and Jerusalem.

If Tyre, Adam, and the spiritual leadership of the Temple can fall, so can we. The same sins they tripped on strike at our heels. Wealth, power, and pride make us indifferent to suffering. They have us turn a blind eye to corruption. They lead us to accept violence as a means to an end. No ruler of a nation, no CEO, no pastor, staff member, or volunteer leader of a church is exempt.

And let us have hope in Jesus. When we fail, for the repentant, there is forgiveness. His promises of mercy are as sure as his promises of judgment.

Divine Hours Prayer: A Reading
Jesus said: “For God sent his Son into the world not to judge the world, but so that the world might be saved. No one who believes in him will be judged; but whoever does not believe in him is judged already, because that person does not believe in the Name of God’s only Son.” — John 3.17-19

Read more about The Empire Has No Clothes
Isaiah confronted people with the truth, “The empire has no clothes!” Isaiah’s constant nakedness would not let Judah escape the image.

Read more about Prophets in Our Path
Let us have the salvation that God longs to give us. Let us listen to prophets in our path.