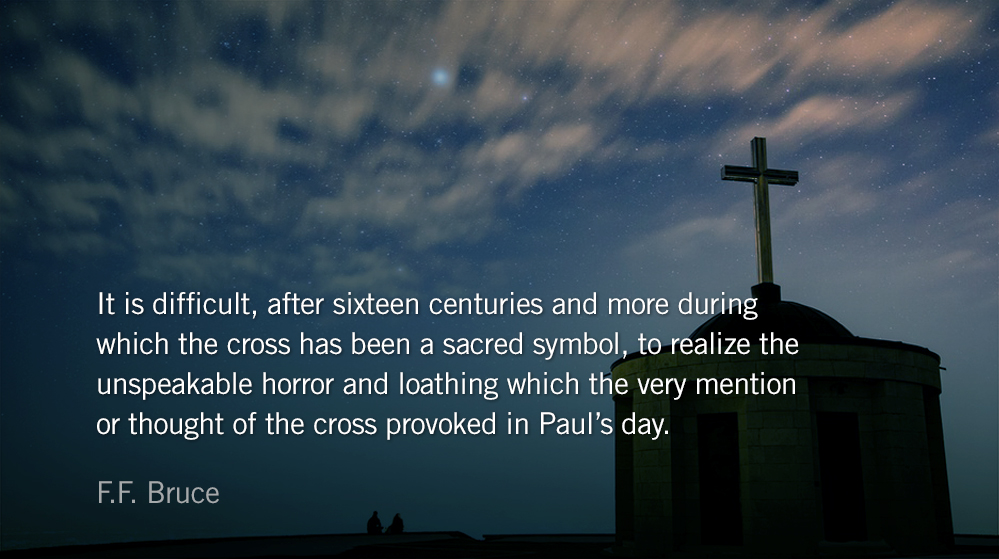 It is difficult, after sixteen centuries and more during which the cross has been a sacred symbol, to realize the unspeakable horror and loathing which the very mention or thought of the cross provoked in Paul’s day.

The word “crucifixion” was nearly unspeakable among Rome’s cultural elite. Most Romans, like Cicero, avoided the term all-together, opting for the euphemism arbori infelici suspendito—hang him on the unlucky tree. In the ancient Jewish tradition, and therefore early Christian culture, to hang on a tree was to fall under the curse of God.

For the first Christians, Christ’s cursed death would have been just as arresting as the thought of his resurrection. Yet how the apostle Paul—a Jewish-elite Roman Christian—responded to the scorn and humiliation of Christ on the cross set a tuning-pitch for the early church.

“Let each of you look not only to his own interests, but also to the interests of others,” the apostle wrote. His reasoning wasn’t moralism or civility, but a direct application of what it meant to follow a crucified savior. He continued with the words to one of the first Christian hymns:

Have this mind among yourselves, which is yours in Christ Jesus, who, though he was in the form of God, did not count equality with God a thing to be grasped, but emptied himself, by taking the form of a servant, being born in the likeness of men. And being found in human form, he humbled himself by becoming obedient to the point of death, even death on a cross.

In other words: sacrifice your pursuits, comfort, and status just as Christ sacrificed his for you. This is the pathway to resurrection. Selfish ambition fractures relationships. Vain-conceit leverages success in an attempt to exact revenge on those who have hurt us in the past. The cruciform lifestyle lays all this down—we follow Christ to the cross because grace has invited us to the resurrection.

One could have understood it if the early Christians, knowing that the crucifixion of Jesus was an undeniable fact, had admitted it reluctantly when they were compelled to do so. But Paul, Roman citizen by birth and religious Jew by upbringing, not only dismisses as the merest refuse those things in which he had once taken a proper pride, but embraces—as the most worth-while goal in life—the knowledge of the crucified Christ and boasts in his cross.