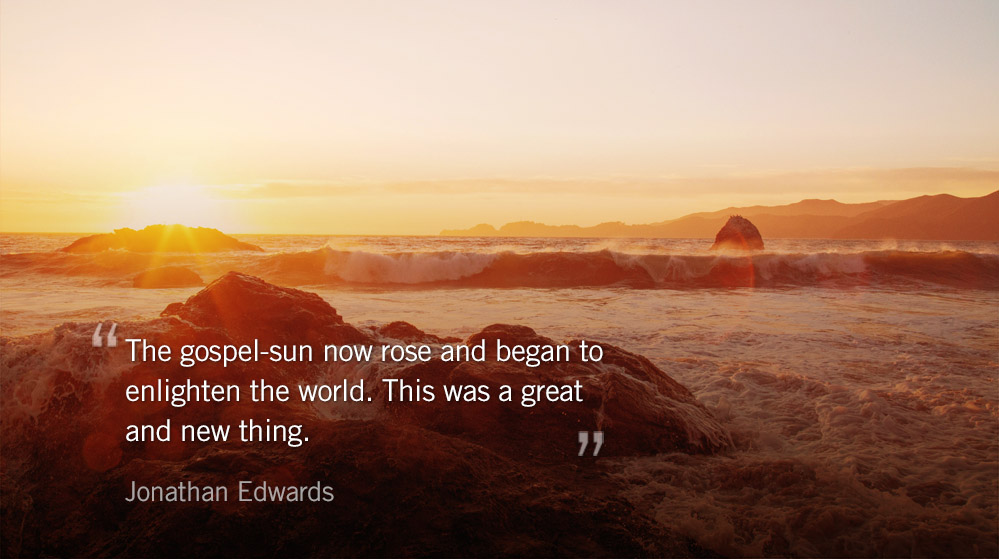 The Success of Redemption :: Throwback Thursday

Scripture: Acts 10.34-35
Peter said: “Truly I understand that God shows no partiality, but in every nation anyone who fears him and does what is right is acceptable to him.

Reflection: The Success of Redemption :: Throwback Thursday
By Jonathan Edwards

Soon after Christ had entered into the holy of holies with his own blood, there began a glorious success of what he had done and suffered. Never had Christ’s kingdom been so set up in the world.

The glorious success of the gospel among the Jews after Christ’s ascension, began by the pouring out of the Spirit upon the day of Pentecost. So wonderful was this effusion, and so remarkable and swift the effect of it, that we read of three thousand who were converted to the Christian faith in one day.

After the success of the gospel had been so gloriously begun among the Jews, the Spirit of God was next wonderfully poured out on the Samaritans; who were the posterity of those whom the king of Assyria removed from different parts of his dominions, and settled in the land which had been inhabited by the ten tribes, whom he carried captive.

The next thing to be observed is the calling the Gentiles. This was a great and glorious dispensation, much spoken of in the Old Testament, and by the apostles, as a most glorious event. This was begun in the conversion of Cornelius and his family.

Thus the gospel-sun which had lately risen on the Jews, now rose upon, and began to enlighten, the heathen world, after they had continued in gross heathenish darkness for so many ages.

This was a great and new thing, such as never had been before. The Gentile world had been covered with the thick darkness of idolatry; but now at the joyful sound of the gospel, they began in all parts to forsake their idols, and to cast them to the moles and to the bats.

They now learned to worship the true God, and to trust in his Son Jesus Christ. God owned them for his people; and those who had so long been afar off, were made nigh by the blood of Christ.

The Call to Prayer
Be joyful in the Lord, all you lands; serve the Lord with gladness and come before his presence with a song.