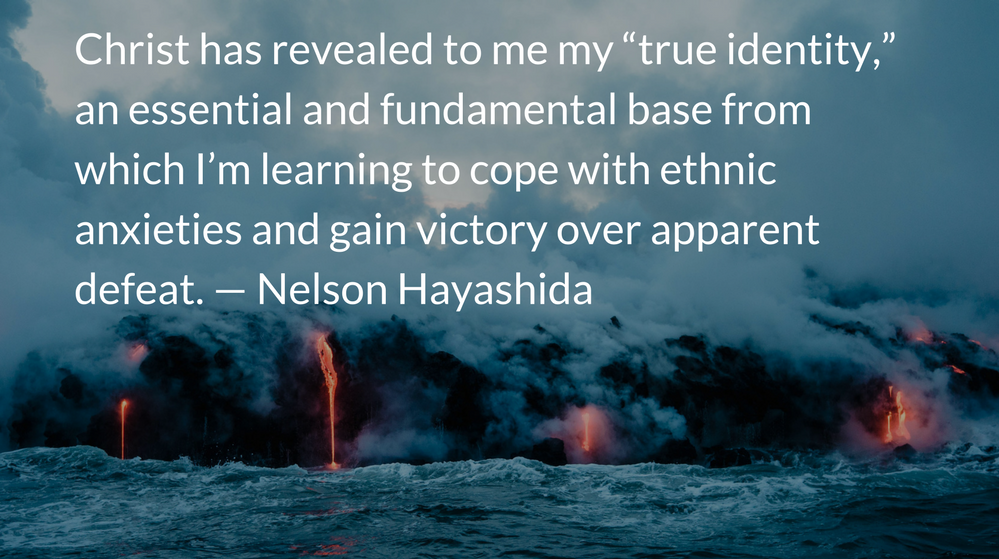 Scripture: Acts 20.21
I have declared to both Jews and Greeks that they must turn to God in repentance and have faith in our Lord Jesus.

No one is immune from the effects of race in our culture. As a child growing up in the late ’70s and early ’80s I experienced first the racial melting pot of Hawaii, and then the racial homogeneity of northern Arkansas. This caused unique problems in learning about and dealing with race. In Hawaii, many times, I was the one tormented for my differences. I went through a period when I hated my “yellow” hair that drew taunts and sometimes blows from my dark haired classmates.

Then in Arkansas everyone looked like me. Yet, majority status didn’t suddenly make me popular or accepted. If anything, I felt less popular, less accepted, and was more of an outcast than ever. I discovered it was better to be the haole kid than the new kid.

Many of the best lessons I learned about race came as a result of struggling with this confusion.

Dr. Nelson Hayashida’s book, A Stormy Road for This Pilgrim begins with the story of Dr. David Hirano’s family being separated by internment camps following the Pearl Harbor attack. It goes on to detail Dr. Hayashida’s own struggle to reconcile racial identity and inequity with his identity in Christ and the equity of salvation available for all. These are, of course, still relevant struggles today.

I have found not only my salvation but my help in Jesus Christ. Christ has revealed to me my “true identity,” an essential and fundamental base from which I’m learning to cope with ethnic anxieties and gain victory over apparent defeat.

In addition, it’s my prayer that the remarks I make in challenging ethnic minority Christians and Anglo-American Christians will result in better understanding on the part of both—for it is only in unison that Christians can bear witness for God’s greatest glory!

From the deep south, to Honolulu, to the heart of New York City, racism clings to all of us because it is embedded in the identity given us by our culture. Only the identity that Christ brings can begin to overcome our defective cultural identity and move us toward freedom and unity as believers.

The Refrain
For as high as the heavens are above the earth, so is his mercy great upon those who fear him.