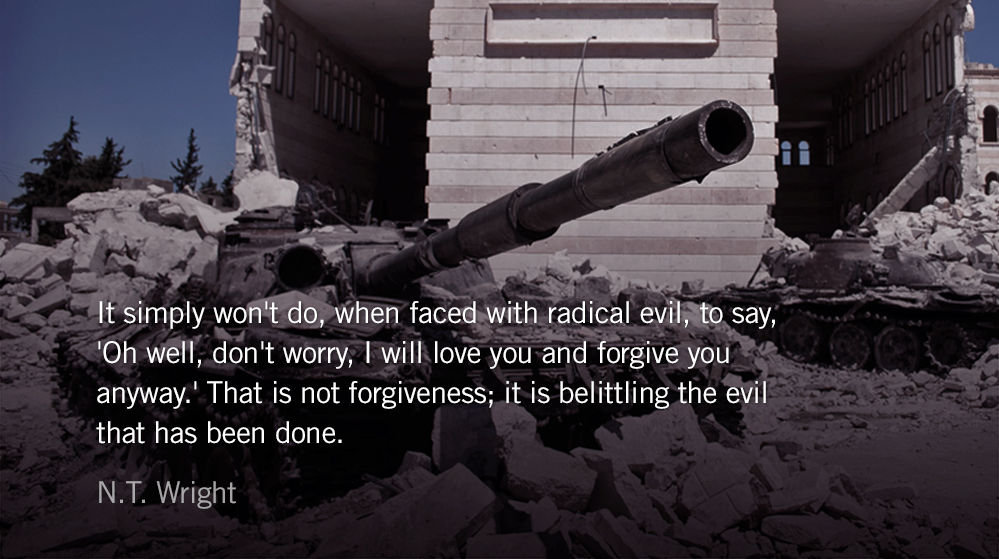 The Loving Wrath of God

Serve the living and true God, and wait for his Son from heaven, whom he raised from the dead, Jesus who delivers us from the wrath to come. — 1 Thessalonians 1.9-10

“It isn’t that God happens to have a petulant thing about petty rules,” remarks N.T. Wright. Bishop Wright rebukes modern arguments which caricature the wrath of God as fits of rage, or revenge upon the very people he created. Yet, Wright cautions, “to throw away the reality because you don’t like the caricature is like cutting out the patient’s heart to stop a nosebleed.”

Doctrines which reject wrath often underestimate the brutality of evil. “If God is love, he must utterly reject, and ultimately deal with, all that pollutes, distorts, and destroys his world and his image-bearing creatures,” says Wright, continuing:

It simply won’t do, when faced with radical evil, to say, ‘Oh well, don’t worry, I will love you and forgive you anyway.’ That is not forgiveness; it is belittling the evil that has been done. Genuine forgiveness must first ‘exclude’, argues [Miroslav] Volf, before it can ’embrace’; it must name and shame the evil, and find an appropriate way of dealing with it, before reconciliation can happen. Otherwise we are just papering over the cracks.

God is not, by unleashing his wrath on sin, contradicting his love for humankind, but fulfilling it. A father who does not respond when his children are harassed and abused by an outsider is not loving. Wright explains:

The biblical doctrine of God’s wrath is rooted in the doctrine of God as the good, wise and loving creator, who hates—yes, hates, and hates implacably—anything that spoils, defaces, distorts or damages his beautiful creation, and in particular anything that does that to his image-bearing creatures.