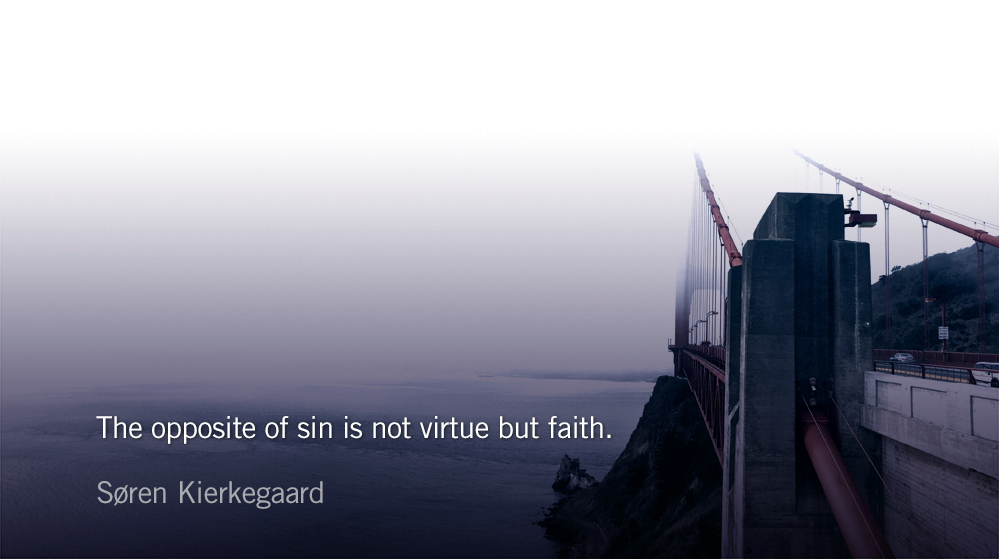 The Fountain of Christ

Christ Jesus came into the world to save sinners, of whom I am the foremost. — 1 Timothy 1.15

“The opposite of sin is not virtue but faith,” Søren Kierkegaard famously observed. In many ways the philosopher echoed the voice of the New Testament. Contrary to the prideful response to sin—which sees brokenness as the problem of other people—the saints wrote of sin as a fundamental struggle into which they too had been swept up. Kierkegaard continued:

It is so easy to let a sinful thought sneak into the heart. No seducer was ever so adept as is a sinful thought! It is so easy… until at the end, when you must pay dearly for this first step that cost nothing at all. Very often sin enters into a person as a flatterer; but when the person has become the slave of sin, it is the most terrible sla­very.

In his letter to the Romans Paul revealed, “For I do not understand my own actions. For I do not do what I want, but I do the very thing I hate.” Far from defeated, the apostle viewed personal pride and brokenness—in light of Christ’s salvation—as vehicles for sanctification. Kierkegaard explained:

In the case of temptation the right thing to do may be to fight it by avoiding it. In the case of spiritual trial, however, one must go through it. Temptation should be avoided? Try not to see or hear what tempts you? Temptation is best fought by running away? But this does not work with thoughts that try the spirit, for they pursue you. If it is spiritual trial, go straight toward it, trusting in God and Christ. When you are weak, he is strong.

Honesty toward pride and brokenness not only fosters humility, it also prevents the sinful placement of faith in good works. “Of all the brilliant sins, affected virtues are the worst,” Kierkegaard warns, concluding:

As long as there are many springs from which to draw water, anxiety about possible water failure does not arise. But when there is only one source! And so it is when Christ has become a person’s one and only spring that spiritual trials begin. Spiritual trial is the expression of a concentration upon Christ as the only source. This is why most people have no spiritual trials.