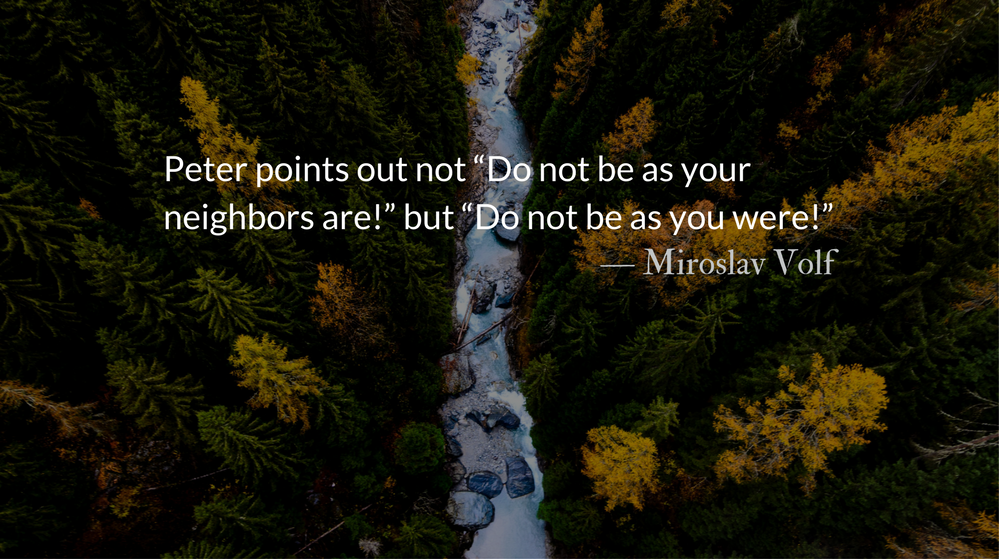 Thanksgiving in Times of Trial

Scripture: 1 Peter 1.6-7
In this you rejoice, though now for a little while, if necessary, you have been grieved by various trials, so that the tested genuineness of your faith—more precious than gold that perishes though it is tested by fire—may be found to result in praise and glory and honor at the revelation of Jesus Christ.

Reflection: Thanksgiving in Times of Trial
The Park Forum

The first-century church suffered greatly under the foot of Rome’s hostility. The first Christians were heavily persecuted under the Roman emperor Nero, banished by Domitian (John wrote Revelation after he was exiled by the emperor), and excluded from commerce and public office by Trajan.

The book of 1 Peter highlights the differences between the early church and its culture in a surprising way. “We expect injunctions to reject the ways of the world; instead we find admonitions to follow the path of Christ,” says Miroslav Volf. “The faith of the Petrine community is nourished more on its own in­trinsic vision than on the deprecatory stories about others.”

Dr. Volf, who is the founder of the Yale Center for Faith & Culture, notes that, “The author seems less interested in hurling threats against the unbelieving and ag­gressive non-Christian neighbors, than in celebrating Christians’ special status before God. Christian hope, not the damnation of non-Christians, figures centrally in the letter.” Volf explains:

Identity can be forged through two related but clearly distinct processes: either through a negative process of rejecting the beliefs and practices of others, or through a positive process of giving allegiance to something distinctive. It is significant that 1 Peter consistently establishes the difference positively, not negatively. There are no direct injunctions not to behave as non-Christians do. Rather, the exhortation to be different centers primarily on the positive example of a holy God and of the suffering Christ.

When we encounter negative examples of how Christians should not behave, then our attention is drawn not so much to the life-style of non-Christians as to “the de­sires of the flesh that wage war against the soul” (2:11). These are, as 1 Peter points out ex­plicitly, the former desires of Christians themselves. The force of the injunction is not “Do not be as your neighbors are!” but “Do not be as you were!”

The first Christians were thankful in suffering because their focus rested not on the storm around them, but on the solid rock of Christ. The Church was, as it is today, the earthly testimony that the miracle of grace always outshines the darkness of suffering.

The Cry of the Church
O God, come too my assistance! O Lord, make haste to help me!