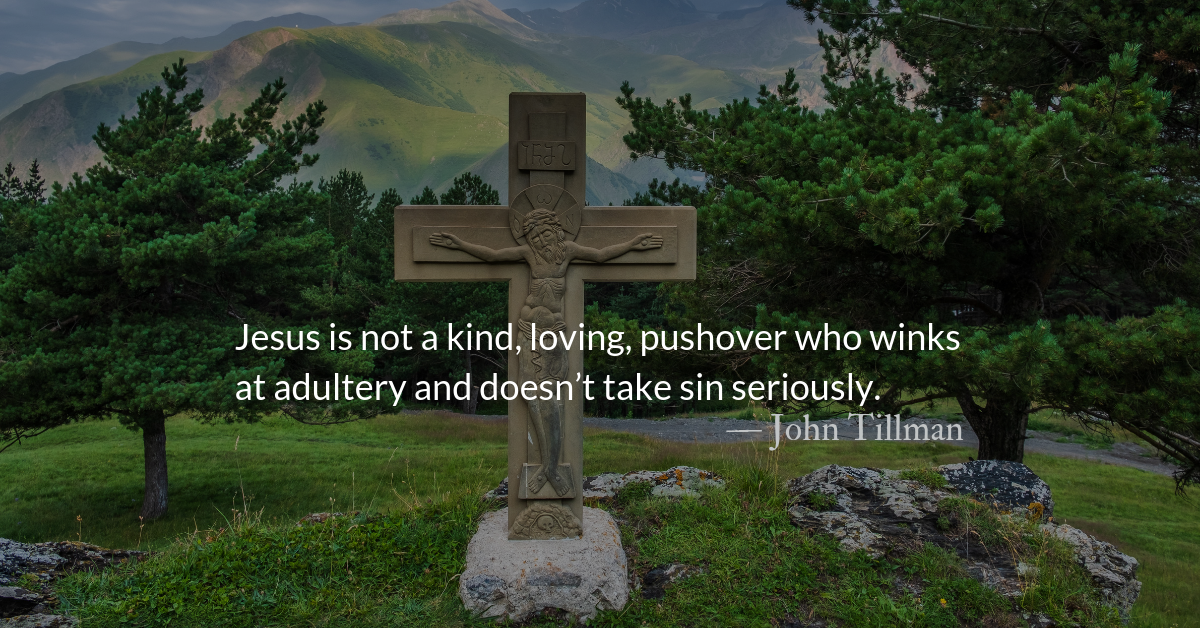 Jesus is not a kind, loving, pushover who winks at adultery and doesn’t take sin seriously.

To think this, ignores Christ’s words to the woman, and his actions in the remainder of the gospel of John. Jesus takes sin far more seriously than anyone in this entire scene. (The absence of the woman’s sexual partner shows that the Pharisees don’t take the law or sin seriously. They are only using the woman as a prop—an object for their object lesson.)

But sin is deadly serious business to the one who came to die for sins.

“Go now and leave your life of sin,” is an unambiguous acknowledgement of the fact of the woman’s sin and an unmistakable command to repent. Christ does not condemn her, because he is taking her condemnation on himself.

Prayer: The Request for Presence
Be my strong rock, a castle to keep me safe, for you are my crag and my stronghold; for the sake of your Name, lead me and guide me. — Psalm 31.3

Read more about A Singular Plea In Prayer
Christ died for nobody but real sinners, those who feel that their sin is truly sin. — Charles Haddon Spurgeon

Read more about Choosing Christ
Though it is fairly palatable to accept Jesus as a man, or even an inspiring moral teacher, choosing him as Christ and Lord comes at a cost—socially, professionally, and otherwise.