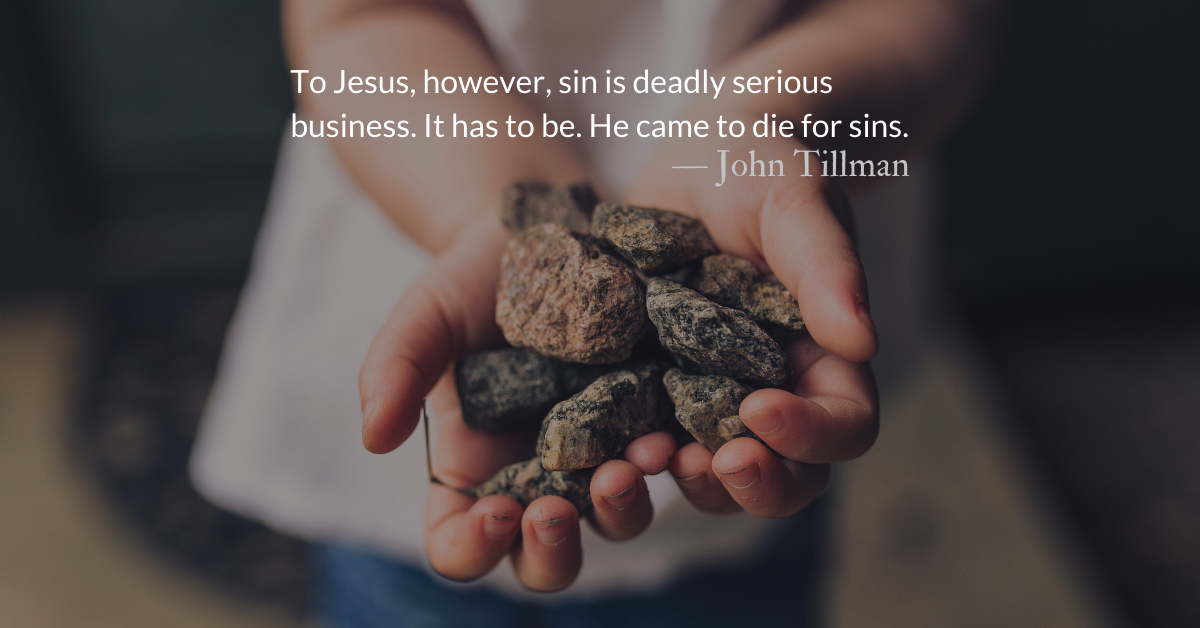 From John: In rewriting this post from 2019, I was reminded of how much worse our culture’s polarization has become in just two years. There are many voices in culture and the political world, on the left and the right, who take only certain sins seriously. But Christ who died for sins, takes them all seriously.

Jesus is kind and loving but is not a pushover who winks at adultery and doesn’t take sin seriously.

To think this, one must ignore Christ’s words to the woman, and his actions in the remainder of the gospel of John. Jesus takes sin far more seriously than anyone in this entire scene.

The Pharisees don’t take the law or sin seriously. If they did, the woman’s sexual partner would be present and under the same sentence. To them, the woman and God’s law are just props for their attack on Jesus.

To Jesus, however, sin is deadly serious business. It has to be. He came to die for sins.

“Go now and leave your life of sin,” is an unambiguous acknowledgment of the fact of the woman’s sin and an unmistakable command to repent. Christ does not condemn her, because he is taking her condemnation on himself.

Read more about Three Armies of Sin :: Throwback Thursday
Sin has hemmed us in with three strong, mighty armies. The first is our own flesh, the second the world, the third the evil spirit… — Martin Luther

Read more about A Singular Plea In Prayer :: Throwback Thursday
Christ died for nobody but real sinners, those who feel that their sin is truly sin. — Charles Haddon Spurgeon