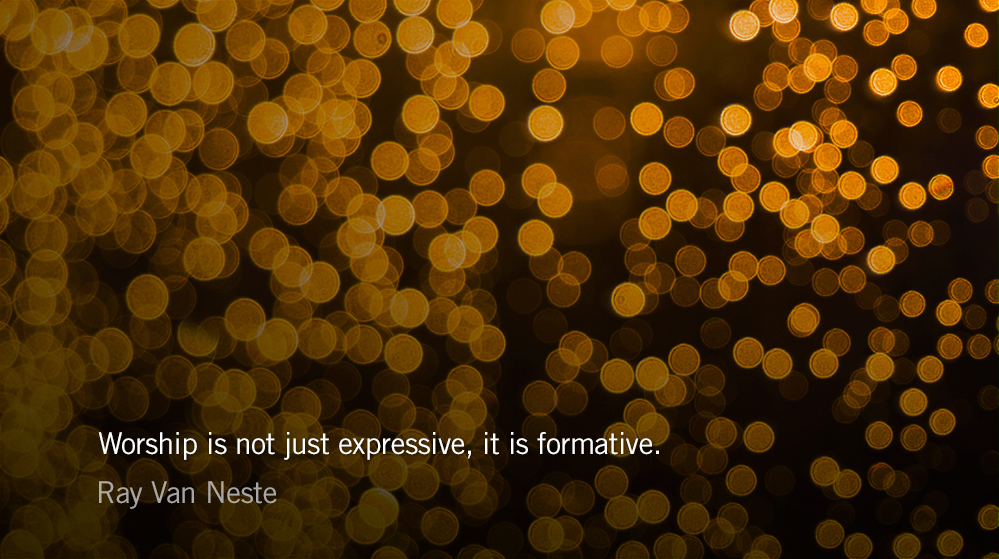 A man can’t be always defending the truth; there must be a time to feed on it.

With a freewill offering I will sacrifice to you; I will give thanks to your name, O Lord, for it is good. For he has delivered me from every trouble.

“Principles are like prayers,” Maggie Smith’s character Lady Grantham explains on Downton Abbey; “noble, of course, but awkward at a party.” The Dowager Countess is right in many respects, principles are awkward—cumbersome and at times forced—but that’s just at first. After a principle gains steam it’s called character. Actions which initially require deep intentionality grow natural and become the bedrock on which reputation is built.

Likewise, “the words of psalms in worship helps us to ‘grow into’ beliefs and attitudes about God, note C. Richard Wells and Ray Van Neste in their book Forgotten Songs: Reclaiming The Psalms for Christian Worship. “Therefore, worship is not just expressive, it is formative.”

Growing character through determination and discipline is not distinctively Christian. In many respects the ability to do so is a reflection of the potential and strength woven into beings created in God’s image.

What is distinctly Christian—the linchpin of the whole growth process—is how a person responds to failure along the way. David’s life is an exemplar, even on the extreme end, of what ought to happen after a lifetime of reputation and character collapses in an instant.

It would have been easier for David’s relationship with God to become transactional—sacrifices made in order to earn God’s benefaction. Instead, after repentance, David rejoices and offers freewill offerings.

The Jewish Publication Society’s Torah Commentary observes, “The freewill offering was one which the worshiper—usually with no prior obligation or commitment—promised to give as an expression of devotion or gratitude.”

David knew he could neither deserve nor earn the forgiveness or favor of God. He lived his life in joyful response to the grace he was so generously given. Perhaps this is why C.S. Lewis reflected, “The most valuable thing the Psalms do for me is to express the same delight in God which made David dance.”

Let my mouth be full of your praise and your glory all the day long. —Psalm 71:8