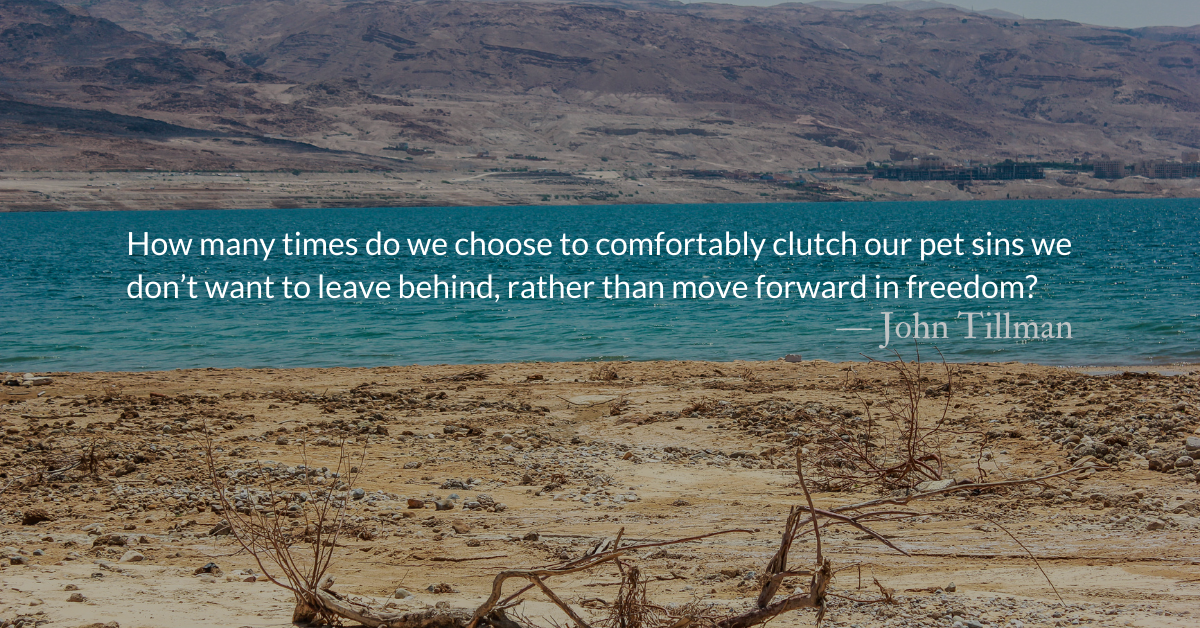 Ready to Exit the Desert

Scripture Focus: Numbers 34.16-19
16 The Lord said to Moses, 17 “These are the names of the men who are to assign the land for you as an inheritance: Eleazar the priest and Joshua son of Nun. 18 And appoint one leader from each tribe to help assign the land. 19 These are their names:
Caleb son of Jephunneh,
from the tribe of Judah…

Psalm 78.52-57
52 But he brought his people out like a flock;
he led them like sheep through the wilderness.
53 He guided them safely, so they were unafraid;
but the sea engulfed their enemies.
54 And so he brought them to the border of his holy land,
to the hill country his right hand had taken.
55 He drove out nations before them
and allotted their lands to them as an inheritance;
he settled the tribes of Israel in their homes.
56 But they put God to the test
and rebelled against the Most High;
they did not keep his statutes.
57 Like their ancestors they were disloyal and faithless,
as unreliable as a faulty bow.

Reflection: Ready to Exit the Desert
By John Tillman

God brought Israel quickly through the desert to their promised land. Once there, they claimed that the obstacles were too great, the enemies too tall, their own strength too weak to enter. Based on these false assumptions, they rejected the gift of God, condemning themselves to wander. Their faith wasn’t ready to exit the desert and enter the promised land. Desert months turned into desert decades. Asaph compared Israel to a faulty bow, from which an arrow cannot find its target, no matter the skill of the archer.

The exit from Egypt was more than salvation from slavery. God began shaping Israel to walk in their role as his priestly nation, to bless all nations. Israel was intended to be God’s “city on a hill” to which all nations would stream to seek God. Ultimately, they would fail. Their light would turn to darkness and they would become as wicked as the empire God saved them from and more wicked than the empires he would wipe out before them.

God has a role for us to play in his blessing of our world. We are to become his beacons of light. We, the body of Christ, are the city on a hill. But do we have the faith to step into our role?

How many times do we choose to comfortably clutch our pet sins we don’t want to leave behind, rather than move forward in freedom?

As a whole, Israel gets a second chance. They received what God was ready to give them 40 years ago. The faithful, Caleb and Joshua, enter the land later despite being part of the generation that rejected God.

We can be faithful within our generation or our culture. It is our inheritance from Christ, to shine in a dark world. May we not shrink from it. If we want to be faithful bows, launching the light of the gospel into the hearts of the world, we need to get ready to exit our desert.

May we leave sin and doubt in the desert, crossing the Jordan toward God’s calling to be his city on a hill.

Divine Hours Prayer: The Greeting
I will thank you, O Lord my God, with all my heart, and glorify your Name forevermore. — Psalm 86.12

Read more about Tobiahs and Little Foxes
May we throw out the old baggage, and maintain our walls so that the little foxes do not wreck the spiritual life we cultivate before God.

Read more about Over Jordan
The Jordan symbolizes a place at which faith and courage are required.