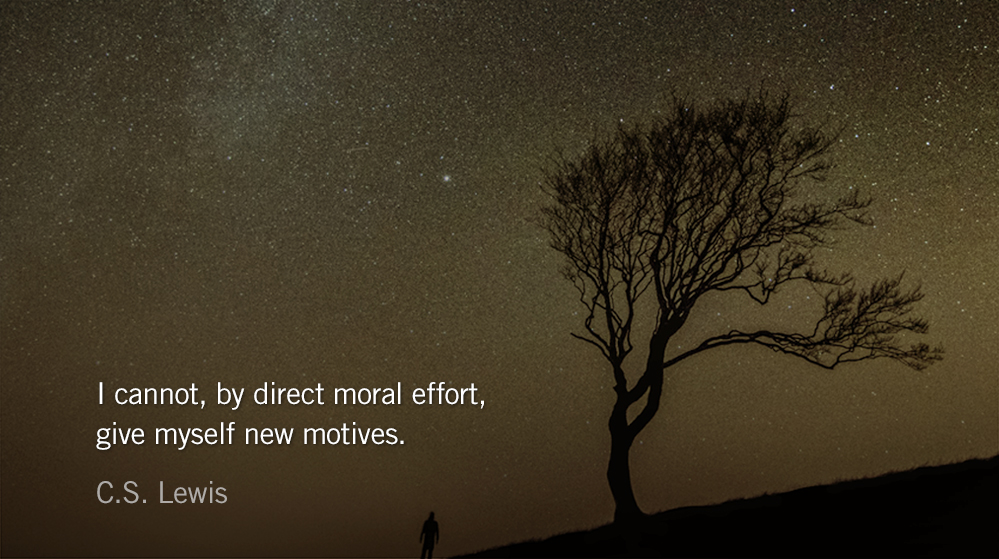 Rats in the Cellar

Surely what pops out before the man has time to put on a disguise is the truth.

We begin to notice, besides our particular sinful acts, our sinfulness; begin to be alarmed not only about what we do, but about what we are. This may sound rather difficult, so I will try to make it clear from my own case.

When I come to my evening prayers and try to reckon up the sins of the day, nine times out of ten the most obvious one is some sin against charity; I have sulked or snapped or sneered or snubbed or stormed.

And the excuse that immediately springs to my mind is that the provocation was so sudden and unexpected; I was caught off my guard, I had not time to collect myself. Now that may be an extenuating circumstance as regards those particular acts: they would obviously be worse if they had been deliberate and premeditated.

On the other hand, surely what a man does when he is taken off his guard is the best evidence for what sort of a man he is. If there are rats in a cellar you are most likely to see them if you go in very suddenly. But the suddenness does not create the rats: it only prevents them from hiding. Apparently the rats of resentment and vindictiveness are always there in the cellar of my soul.

Now that cellar is out of reach of my conscious will. I can to some extent control my acts: I have no direct control over my temperament. And if what we are matters even more than what we do—if, indeed, what we do matters chiefly as evidence of what we are—then it follows that the change which I most need to undergo is a change that my own direct, voluntary efforts cannot bring about.

And this applies to my good actions too. How many of them were done for the right motive? How many for fear of public opinion, or a desire to show off? How many from a sort of obstinacy or sense of superiority which, in different circumstances, might equally have led to some very bad act?

But I cannot, by direct moral effort, give myself new motives. After the first few steps in the Christian life we realize that everything which really needs to be done in our souls can be done only by God.

The people that walked in darkness have seen a great light; on the inhabitants of a country in shadow dark as death light has blazed forth.