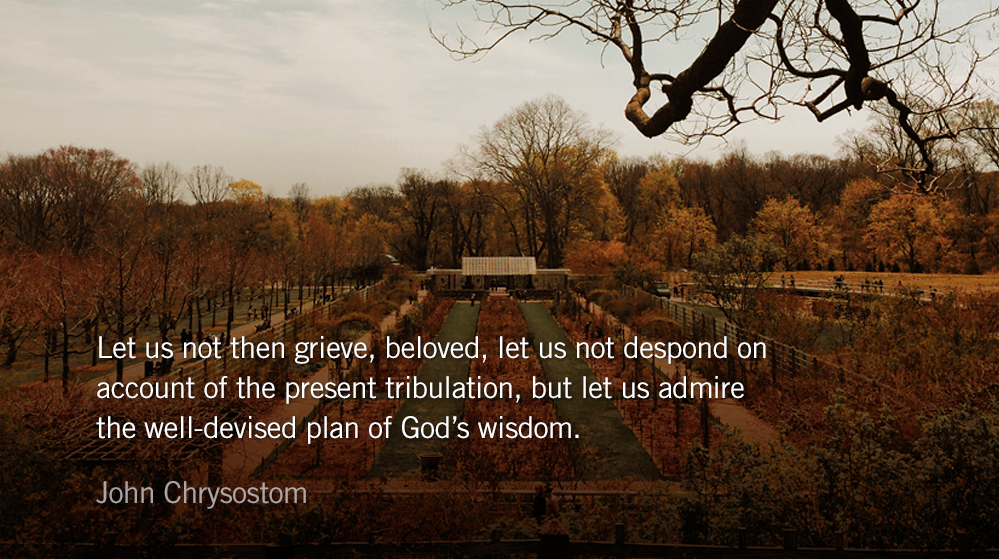 Nearly a century before Rome would fall the tremors of discontent were already eroding the empire. Antioch, which is situated just 12 miles from the Syrian border, was one of the first cities to fall into violence as Rome attempted to crush a government protest. In his anthology on the collapse of the empire, historian Edward Gibbon observes:

That proud capital was degraded from the rank of a city… stripped of its lands, its privileges, and its revenues, was subjected… The baths, the circus, and the theaters were shut and, that every source of plenty and pleasure might at the same time be intercepted, the distribution of corn was abolished.

The noblest and most wealthy of the citizens of Antioch appeared before them in chains; [their houses] were exposed to sale, their wives and children were suddenly reduced from affluence and luxury to the most abject distress.

“Let us not then grieve, beloved, let us not despond on account of the present tribulation, but let us admire the well-devised plan of God’s wisdom,” counseled Antioch’s Priest, John Chrysostom. The dust had hardly settled—and the city’s fate was generations from being known—but the saint turned to Ecclesiastes to shepherd his city:

[Why] does he say? “It is better to go to the house of mourning than to the house of laughter.” Because, at the former place, insolence is bred, at the latter, sobriety. And when a person goes to the banquet of one more opulent, he will no longer behold his own house with the same pleasure, but he comes back to his wife in a discontented mood; and in discontent he partakes of his own table.

Chrysostom’s calling to be humbly shaped by God—in the midst of suffering—transcended the causes and events of suffering. Though he spoke against injustice, the saint was nearly consumed with the ways in which God would use his city’s suffering for good.

Humanity was not created to experience the weight of suffering—it is an effect of evil running rampant in our world. But even in our pain we are met by a God who knows the sting of suffering and will be faithful to bring his justice and peace to our world.