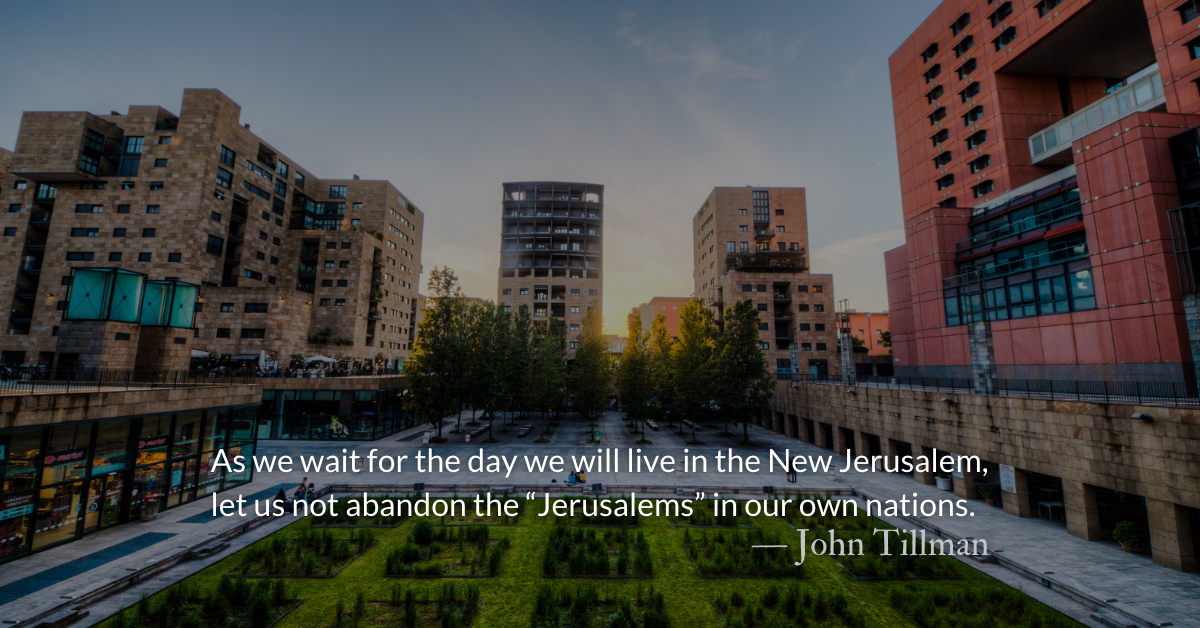 From John: The urban/rural divide is often highlighted in treacle-sweet holiday romances where a big-city big shot gets stuck in a quaint small town and falls for the simple life and, of course, an attractive romantic partner. This repost from 2020 highlights the fact that Christians may find a mission of love that goes beyond romance by bringing the love of Jesus to the heart of cities both large and small.

As we wait for the day we will live in the New Jerusalem, let us not abandon the “Jerusalems” in our own nations.

May we, the church, pray earnestly for cities and ask the Holy Spirit to prompt us toward helping the most helpless, and confronting the most powerful.
May we make our light shine through good deeds, showing God’s mercy and his grace to us, and turning slums and suburbs into cities on a hill.

Divine Hours Prayer: The Refrain for the Morning Lessons
I will exalt you, O God my King, and bless your Name for ever and ever. — Psalm 145.1

Read more about Supporting Our Work
Please consider becoming a one-time or monthly donor! Support ad-free content that brings biblical devotionals to inboxes across the world.

Read more about Reading The Bible With Us
Immerse in the Bible at a sustainable, two-year pace, with time for reflection and growth from each day’s passage.
https://mailchi.mp/theparkforum/m-f-daily-email-devotional