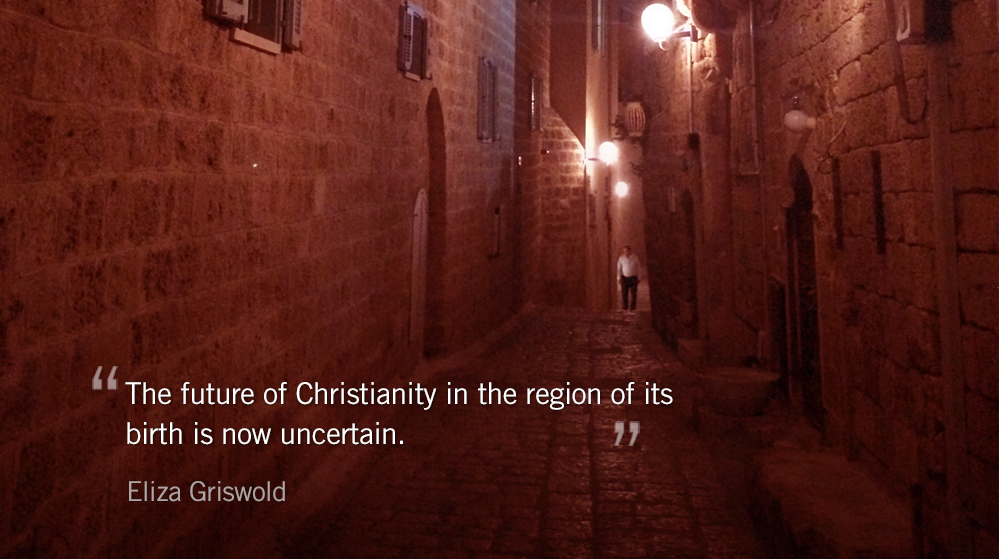 “The future of Christianity in the region of its birth is now uncertain,” writes Eliza Griswold in The New York Times Magazine. “ISIS and other extremist movements across the region are enslaving, killing and uprooting Christians, with no aid in sight.” Griswold’s stores of families torn apart, mass beheadings, crucifixion, displacement, forced labor, and rape are heart wrenching.

Sadly these atrocities are not unique to the Middle East — active persecution is present in well over 100 countries according to a Pew Study. Even more disheartening, violence, persecution, and harassment of religious minorities is occurring at greater levels every year.

Religion and Violence
The lack of awareness around modern persecution is striking. It is one of a few global issues that are treated with passivity. This may be the fruit of the misguided cultural assumption that violence is the natural path of religion.

In her book Fields of Blood, which explores religion and the history of human violence, Karen Armstrong draws a key historic trend to the surface. The New York Times Book Review summarizes her thesis:

“First, throughout most of human history, people have chosen to intertwine religion with all their other activities, including, notably, how they are governed. This was ‘not because ambitious churchmen had mixed up two essentially distinct activities,’ [Armstrong] says, ‘but because people wanted to endow everything they did with significance.’

“Second, this involvement with politics means that religions have often been tied up with violence: Crusaders, conquistadors, jihadists, and many more. But — a point Armstrong cares about so much that she makes it dozens of times — the violence almost always originates with the state and spills over to religion, rather than vice versa.”

“Third… ‘As an inspiration for terrorism… nationalism has been far more productive than religion.’”

Persecution’s Root
Armstrong’s argument is important because it reveals the fact that religion is not the world’s problem (a point missing in many current debates). Of course the mishandling of religion, by people, governments, or radicals, is not the core problem of our world either. If humankind’s problems were so simple we would surely have come to our own rescue by this point in history.

Our world aches and groans under the brokenness, pride, and destruction of an evil we cannot conquer. The good news of Christ is that we are not left to our own resolve — he has secured the victory we could not.

While we await the full fruit of his righteousness we join together to remember those languishing under the scourge of persecution. We can give ourselves to them in prayer, as well as direct action through groups like Voice of the Martyrs.

Together we join in the cry of the church throughout history: come quickly, Lord Jesus.