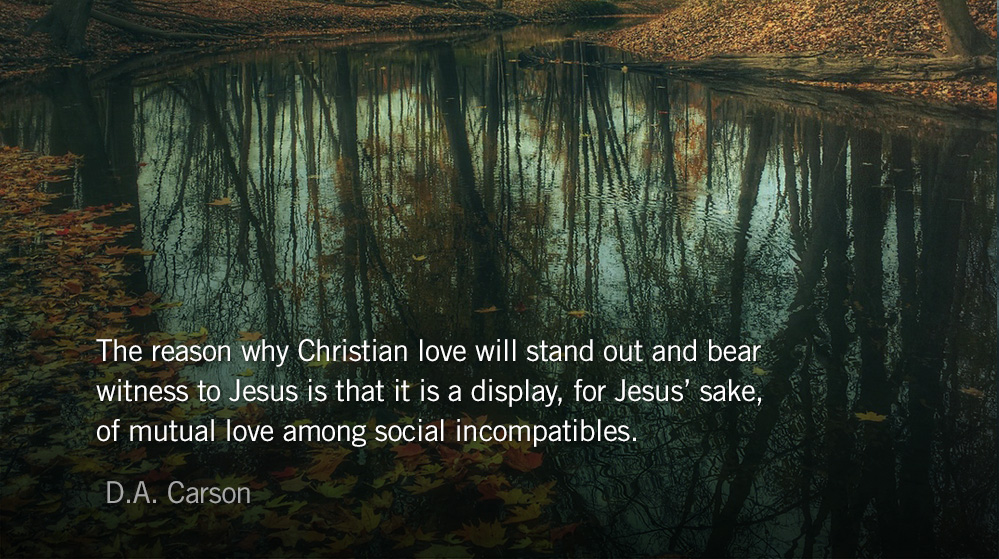 If the greatest effect of God’s love in me is only that I love those similar to me and who agree with me, then I need God as much as I need a new kind of toothpaste. — John