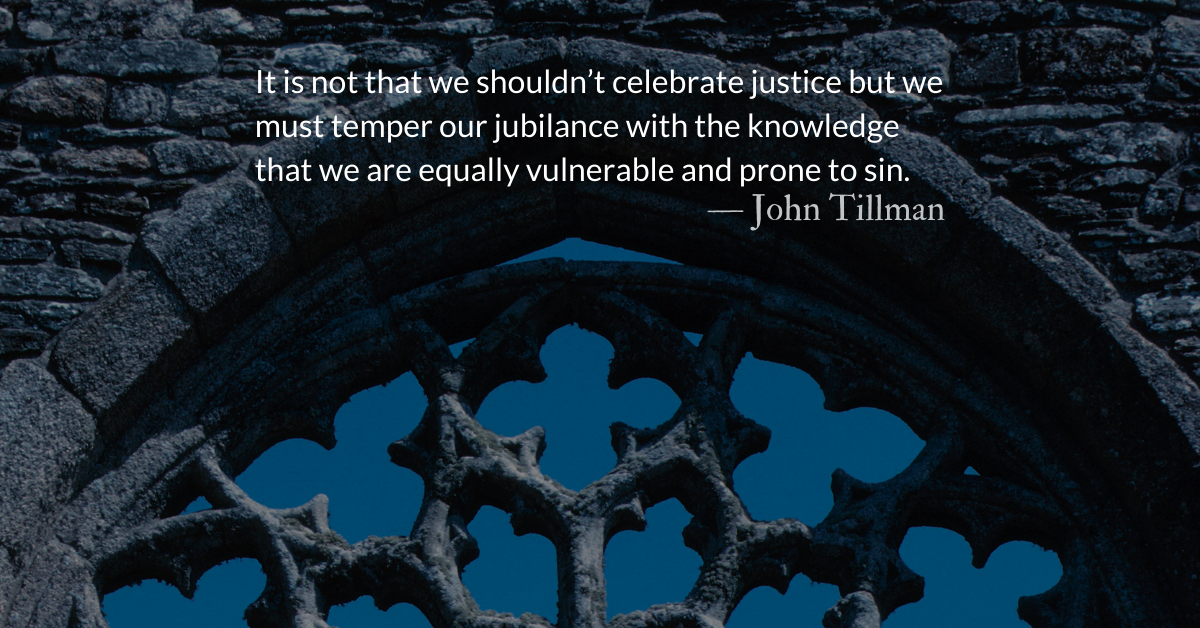 15 “The day of the Lord is near
for all nations.
As you have done, it will be done to you;
your deeds will return upon your own head.
16 Just as you drank on my holy hill,
so all the nations will drink continually;
they will drink and drink
and be as if they had never been.
17 But on Mount Zion will be deliverance;
it will be holy,
and Jacob will possess his inheritance.

Obadiah has a tightly focused vision. Don’t gloat or take pleasure at the downfall of others, especially your brothers and sisters.

Yesterday we referred to leaders, churches, and organizations that have been destroyed by revelations of misconduct and sin. As we said yesterday, “When sin is revealed and an organization crumbles, it was God who struck the blow, not an enemy.”

Even though churches may be damaged, this destruction is not caused by “enemies of the church.” Those who reveal wrongdoing are cooperating with God. However, when we witness this we should be humbled not prideful. We should be mournful and mindful of our own vulnerabilities, not smug and boastful of our infallibility.

I have seen examples of this in my faith tradition. When the Catholic Church was rocked with sex abuse scandals in the early 2000s many prominent Southern Baptists took it as an opportunity to put Catholicism on blast. They blamed celibacy, episcopal polity, and Catholic theology. They took victory laps on Twitter and in think pieces that pridefully postured their “superior” polity and ecclesiology as bulwarks against abuse.

As the revelations continue to roll in about sexual abuse in the SBC, it is clear that SBC polity, theology, and leadership were unable or unwilling to prevent abuse or protect the organization or the victims of abuse. The same practices and worse were occurring in our own house, even while we threw stones at our Catholic brethren. We didn’t learn from the Edomites.

What is the purpose of this comparison to Edom?

It is not that we shouldn’t celebrate justice but we must temper our jubilance with the knowledge that we are equally vulnerable and prone to sin.

The point of Obidiah’s vision is that there is no corner of creation, no kingdom, no people over whom God does not hold authority. God intends to purify individuals, churches, and kingdoms through whatever means required. Where there is sin, he will expose it. Where there are victims he will be on the side of justice. May we stand with him.

Read more about No Princes
Unable to separate their faith from the identity of the leader, they abandon faith.