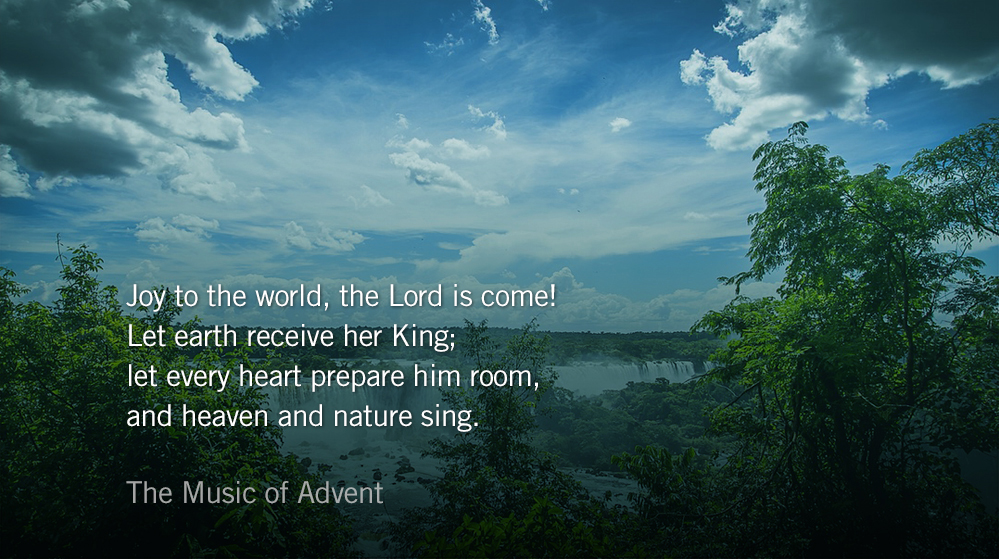 Joy to the World :: Advent’s Joy

The promise of Advent is that of longings met. In this way, Advent—longing for God’s presence—stands in contrast to hell, which C.S. Lewis describes as a place of “infinite boredom.” In A Preface to Paradise Lost Lewis contrasts the brilliant longings of humankind (Adam) with what he calls the profound “un-interestingness” of evil personified:

Adam, though locally confined to a small park on a small planet, has interests that embrace ‘all the choir of heaven and all the furniture of earth.’ Satan has been in the Heaven of Heavens and in the abyss of Hell, and surveyed all that lies between them, and in that whole im­mensity has found only one thing that interests him.

Compare Lewis’ (and Milton’s) vision of hell as self-consumption with Isaac Watts’ celebrated 18th century hymn, “Joy to the World.” It is profoundly communal—“Let earth receive her King; let every heart prepare him room, and heaven and nature sing.”—wonderfully enveloped in ‘all the choir of heaven and all the furniture of earth.’

No more let sins and sorrows grow,
nor thorns infest the ground;
he comes to make his blessings flow
far as the curse is found.

Watts was burdened by lifeless worship; ”To see the dull indifference, the negligent and thoughtless air that sits upon the faces of a whole assembly, while the psalm is upon their lips, might even tempt a charitable observer to suspect the fervency of their inward religion.”

His answer wasn’t simply better, or “more relevant,” music, but the restoration of the soul that comes filling the longings of our hearts in “the glories of his righteousness and wonders of his love.”

Listen: Joy to the World by Red Mountain Church (3:56 – lyrics below)