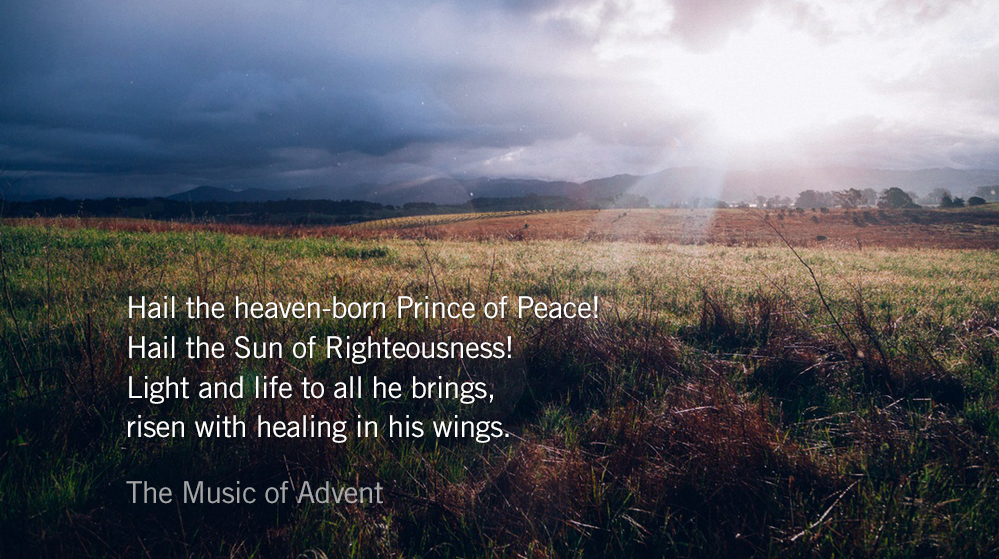 Christmas is a musical outlier—no other modern holiday is set to its own soundtrack. The downside to seasonal music is that nearly everyone has a Christmas song that they can’t stand. Little Drummer Boy, Feliz Navidad, and Santa Baby occur frequently on modern lists of annoying Christmas songs.

For Charles Wesley, the 18th century theologian, the song that bothered him so much that he refused to sing it was Hark the Herald Angels Sing. Now a popular carol, it was originally published by Wesley’s student George Whitefield. Most of the lyrics, however did not belong to Whitefield, they came from the pen of Charles Wesley himself.

When Wesley originally wrote it as a Christmas Day hymn for his church. “Hark! How all the welkin rings, glory to the King of Kings,” he wrote, echoing the angel’s praise in Luke,  “Glory to God in the highest heaven.” Welkin means sky, and while the skies were filled with praise, there is no Biblical record of the angels singing.

Whitefield went further than narrative adaptation, however. And the verses he chose to drop from the hymn demonstrate Wesley’s ability to capture robust theology in verse:

Come, desire of nations, come,
Fix in us thy humble home;
Rise, the woman’s conquering seed,
Bruise in us the serpent’s head.

Now display thy saving power,
Ruin’d nature now restore;
Now in mystic union join
Thine to ours, and ours to thine.

Adam’s likeness, Lord, efface,
Stamp thy image in its place.
Second Adam from above,
Reinstate us in thy love.

Let us thee, though lost, regain,
Thee, the life, the inner man:
O, to all thyself impart,
Form’d in each believing heart.

Ultimately the song has stood the test of time, in part because of both men’s work. Whitefield shaped what we now celebrate as heaven and earth rejoicing at the coming of Christ, but Wesley’s theology still resonates with our longings in Advent as we sing:

Hail the heaven-born Prince of Peace!
Hail the Sun of Righteousness!
Light and life to all he brings,
risen with healing in his wings.