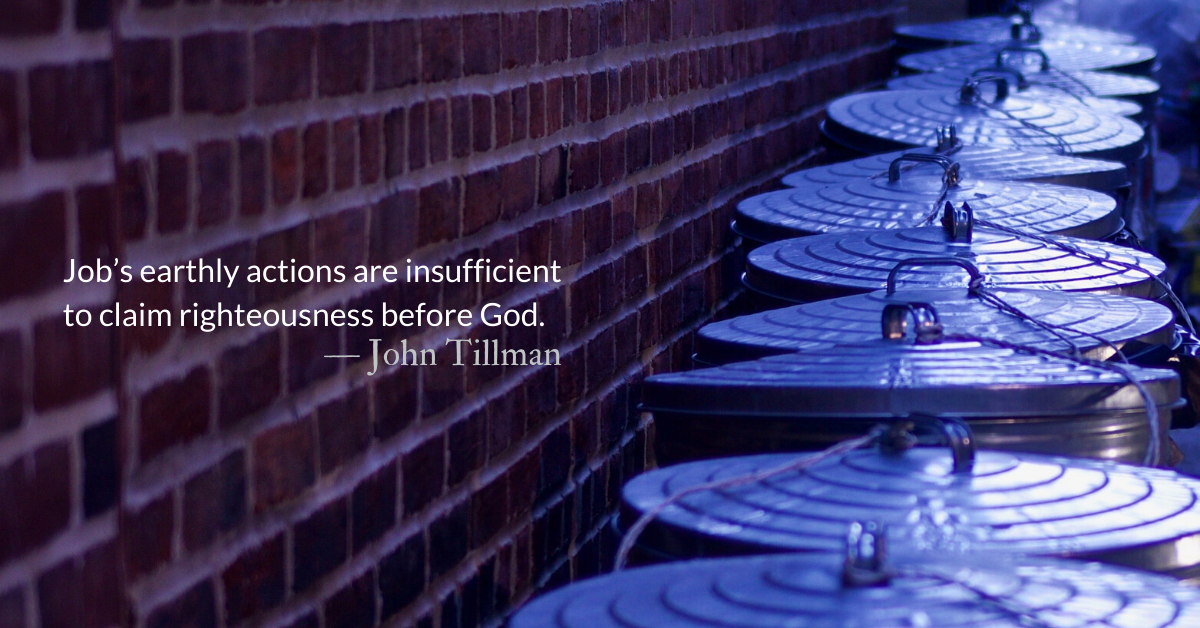 Scripture Focus: Job 40.8-14
“Would you discredit my justice?
Would you condemn me to justify yourself?
Do you have an arm like God’s,
and can your voice thunder like his?
Then adorn yourself with glory and splendor,
and clothe yourself in honor and majesty.
Unleash the fury of your wrath,
look at all who are proud and bring them low,
look at all who are proud and humble them,
crush the wicked where they stand.
Bury them all in the dust together;
shroud their faces in the grave.
Then I myself will admit to you
that your own right hand can save you.

When God finally speaks, he dares Job to dress himself in splendor and work justice in the Earth by his own power. This may have seemed uniquely personal to Job. To use today’s vernacular, Job probably felt attacked.

In earlier speeches, Job had described himself similarly to God’s challenge. Job described dressing in a turban and robe that would proclaim his status and power. He claimed to have struck fear in the hearts of the wicked and to have carried out justice. (Job 29.7-17)

Job was “the greatest among the people of the East.” (Job 1.1-4) This may have meant Job was a chieftain or king, but even if not, he was as wealthy as one and equally responsible for the carrying out of justice in his community.

Earlier, in Heaven, God defended Job’s righteousness, but here, he seems unsatisfied. So, is Job righteous or not?

Like many heroes of faith in scripture, we can point to much earthly good in Job’s life to emulate. But like all of them, Job’s earthly actions are insufficient to claim righteousness before God.

Humans are capable of great good and a certain level of justice and we are responsible before God to bring about justice. Justice comes first in Micah’s three-point list of what God requires of humanity: do justice, love mercy, and walk humbly. (Micah 6.8)

But even the highest levels of human justice are tainted. Job was arguably the most righteous person to ever live in scripture. Yet, scripture is clear that even the righteousness, or justice, of Job is as filthy rags compared to God’s glorious justice.

Being righteous before other humans is easy. We just have to be slightly less evil at heart than the next guy. But when God is the next guy, on our best day, we have no chance of being righteous in our own power. We, like Job, are simply incapable. We must simply cover our mouths, and throw ourselves on the mercy of God.

Some have abused the notion that human justice is incomplete and imperfect as an excuse to cease pursuing justice on Earth. Some even call seeking justice anti-gospel. This is misguided, to say the least.

“Thy will be done on Earth” is a prayer for God’s justice by God’s power, not our own. When we act on this prayer, we will find Christ with us, embracing us and imputing God’s sufficient righteousness and justice to us.

Divine Hours Prayer: The Call to Prayer
Sing to the Lord a new song, for he has done marvelous things.
With his right hand and his holy arm has he won for himself the victory.
The Lord has made known his victory; his righteousness has he openly shown in the sight of the nations. — Psalm 98.1-3

Read more about Convicted by Job’s Righteousness
If Job was defenseless before God, unable to stand before him despite all his blameless actions, what will we do when God confronts us?

From a Curse to a Blessing