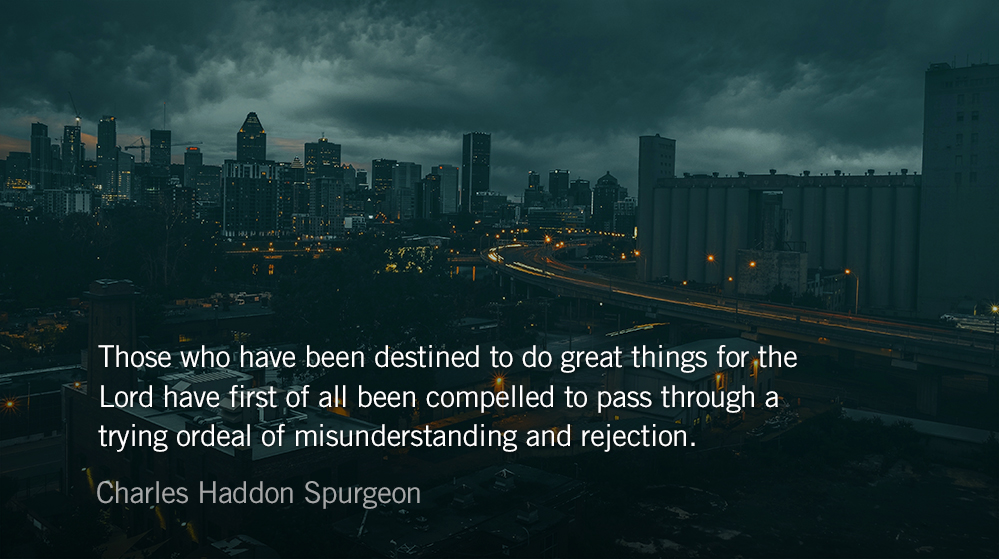 The stone that the builders rejected has become the cornerstone. This is the Lord’s doing; it is marvelous in our eyes. — Psalm 118.22-23

Be not afraid, O ye persecuted ones, for you shall fulfill your destiny. It has happened again and again in history that those who have been destined to do great things for the Lord have first of all been compelled to pass through a trying ordeal of misunderstanding and rejection….

At this time, however, we shall confine our application of these verses to our blessed Lord himself, to whom they most evidently refer. Their meaning is focussed upon him, and in reference to him each word is emphatic.

Christ rejected: though he clamored for no earthly power; though he served the poor; though he was the cure all creation longed for. Spurgeon recalls that his was no ordinary rejection—it was unreasonably violent and indignant:

They were not content to say, “He is not the Messiah,” but they turned their hottest malice against him; they were furious at the sight of him. This precious stone was kicked against and rolled about with violence, and all manner of ridicule was poured upon it. Nothing would content them but the blood of the man who had disturbed their consciences and questioned their pretensions.

And yet, he is the cornerstone of Israel. He is exalted—and it is the Lord’s doing. The path of rejection reveals this. Spurgeon concludes:

If the Scribes and Pharisees had endorsed the claims of our Lord it might have been said that Christianity was grafted upon the old stock of Judaism. If Pilate, or Herod, or any of the great ones, especially if the Caesar of the day had accepted it, then the following ages would have said, “Oh yes, he derived his power, and was lifted to his place through the prestige of empire and the prowess of arms.” But it was not so. All the establishments on earth were against him: rank and station despised the carpenter’s son; superstition abhorred his simplicity and spirituality.

“My strength,” God says, “is made perfect in weakness,” and, as the Psalmist says, “it is marvelous in our eyes.”