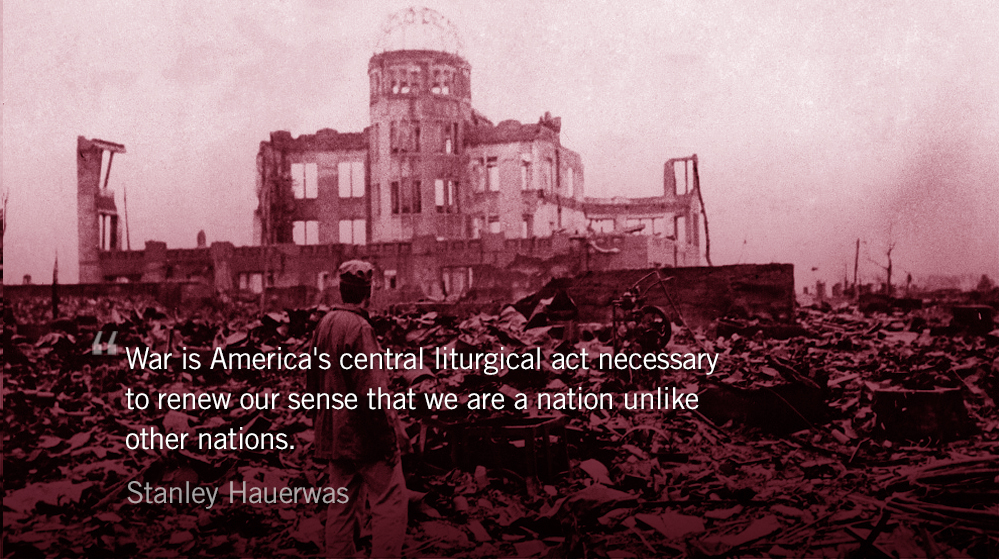 “War is America’s central liturgical act necessary to renew our sense that we are a nation unlike other nations.” — Stanley Hauerwas

Yesterday marked the 70th anniversary of the atomic bombing of Hiroshima. As a society we keep our language about war as logical and academic as possible. In the church we do this through debating “just war” or exploring pacifism.

It should not surprise us that one of American journalism’s greatest pieces is about war. Nor should it surprise us that it is often forgotten. In 1946, following a year of research and writing, John Hersey’s “Hiroshima” was published in The New Yorker. Reaction to the piece was not all positive, but sold out at newsstands, was republished in newspapers, and read live on the radio. The brutal and personal reality of what happened that day is arresting.

As Mrs. Nakamura stood watching her neighbor, everything flashed whiter than any white she had ever seen… She had taken a single step (the house was 1,350 yards, or three-quarters of a mile, from the center of the explosion) when something picked her up and she seemed to fly into the next room over the raised sleeping platform, pursued by parts of her house.

Timbers fell around her as she landed, and a shower of tiles pommelled her; everything became dark, for she was buried. The debris did not cover her deeply. She rose up and freed herself. She heard a child cry, “Mother, help me!,” and saw her youngest—Myeko, the five-year-old—buried up to her breast and unable to move. As Mrs. Nakamura started frantically to claw her way toward the baby, she could see or hear nothing of her other children.

Hersey captures the ensuing chaos and, with unadorned observation, confronts American’s with the devastating reality of actions in war.

It [was improbable] that any of the survivors happened to be tuned in on a short-wave rebroadcast of an extraordinary announcement by the President of the United States, which identified the new bomb as atomic: “That bomb had more power than twenty thousand tons of TNT. It had more than two thousand times the blast power of the British Grand Slam, which is the largest bomb ever yet used in the history of warfare.”

Even if they had known the truth, most of them were too busy or too weary or too badly hurt to care that they were the objects of the first great experiment in the use of atomic power, which (as the voices on the short wave shouted) no country except the United States, with its industrial know-how, its willingness to throw two billion gold dollars into an important wartime gamble, could possibly have developed.

The devastation of war is horrendous. Pausing to examine it thoughtfully could change our national discourse. Perhaps the reason such conversations are avoided is that the root cause of war is even darker than its effects on humanity. It is a grotesque culmination of the fall of humankind for which we cannot muster a sufficient solution.

We weep at the brokenness of this world. We must not forget that Christ did not come to overthrow one evil government (who was starting wars all over vast parts of the world), but to defeat the cause of war. He is the Prince of Peace, and through his victory over death we find not just respite, but renewal and hope in a world at war. 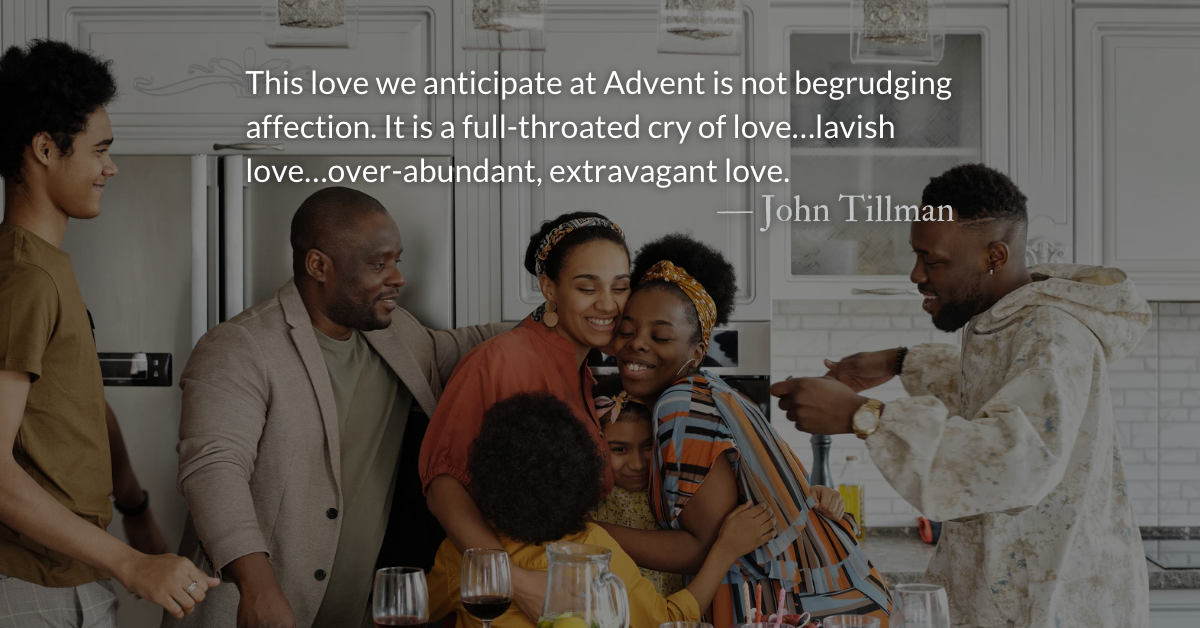