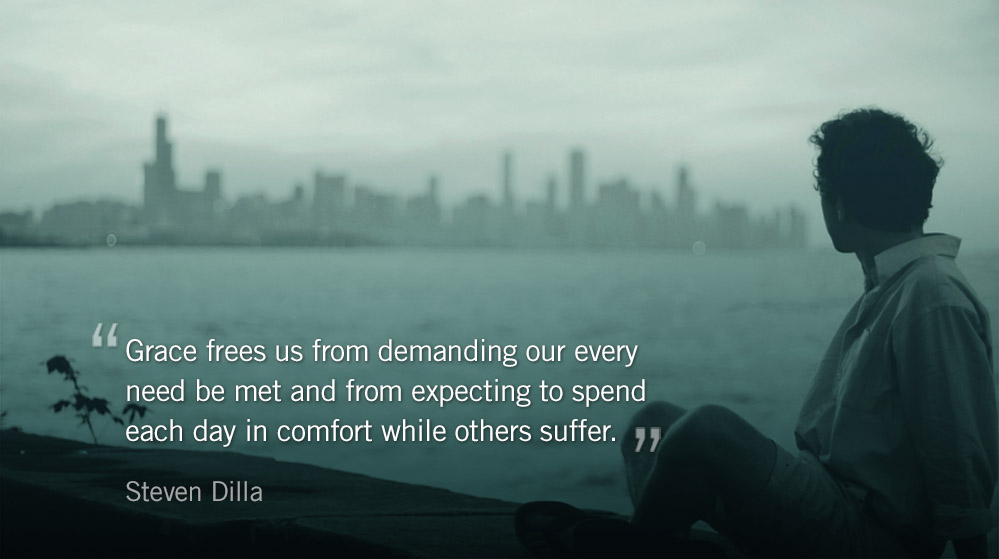 But Stephen, full of the Holy Spirit, gazed into heaven and saw the glory of God, and Jesus standing at the right hand of God. —Acts 7.55

“The only way to do great work is to love what you do,” Steve Jobs famously admonished Stanford’s graduating class a decade ago. “If you haven’t found it yet, keep looking. Don’t settle. As with all matters of the heart, you’ll know when you find it.” The message was reverberant; Follow your passion became the central career goal of an entire generation.

Steve Jobs got to do what he loved because tens of thousands of laborers on the other side of the world did not have access to such privilege. They labored daily — and still do — to painstakingly assemble tens of millions of electronic devices for the western world’s insatiable consumption.

We don’t have to travel to the other side of the world to see such effects from technology. The on demand economy is roaring into the mainstream — lead by the likes of Uber, a so-called unicorn, valued at $50 billion.

Uber has over 130,000 drivers worldwide — none of them are employees. They do not get healthcare, holidays, vacation, or overtime. Drivers in California are fighting back — but Uber’s plans for the future don’t appear to be focused around making life better for drivers. The company recently lured 40 robotics engineers away from Carnegie Mellon. Drivers are a stop-gap until the robots take over.

The world does not need another impotent social media campaign against injustice. It needs Christians who, like Stephen in Acts, are willing to lay down their lives because they have a clear vision of God’s glory.

I struggle with this reality. I regularly punch through emails on my iPhone while riding through Midtown in an Uber. I try to connect with my drivers on a personal level, to tip, and to enter into even small moments of redemption in what can otherwise be a dehumanized transaction. But I feel like there is more to be done.

Job’s exhortation, “don’t settle,” which he repeats in the speech, is apt advice. God’s grace frees us from demanding our every need be met and from expecting to spend each day in comfort while others suffer. Christians can engage differently in the on demand economy — starting a conversation around this in our communities would be a first step. We can also encourage one another not to simply make the vocational choices of least resistance or most benefit, but to passionately engage our faith in our work.

We remember Stephen not because he did what he loved, but because he gave up everything to follow the one he loved.