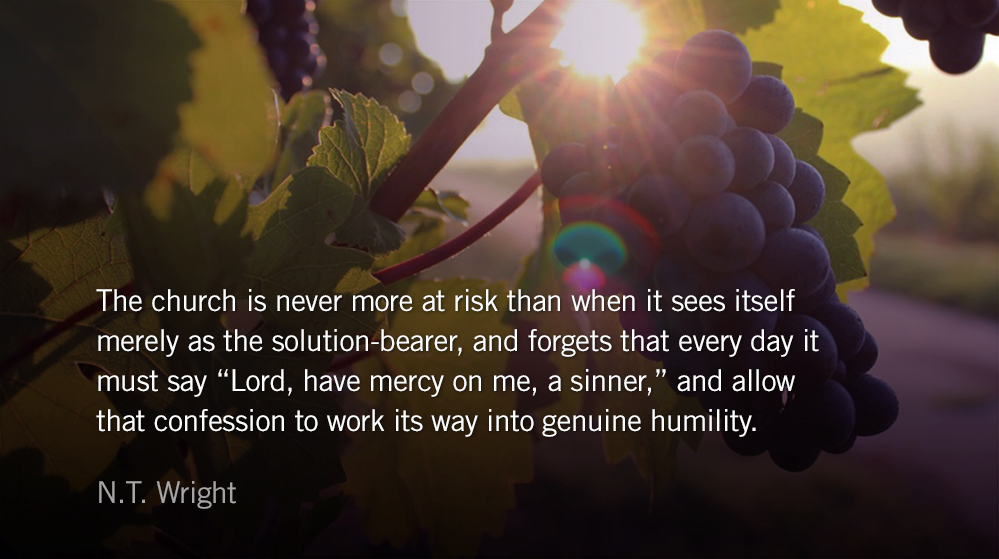 Evil and the Cross

The cross is not just an example to be followed; it is an achievement to be worked out.

Lenten Reflection: Evil and the Cross

“Theologies of the cross, of atonement, have not in my view grappled sufficiently with the larger problem of evil,” laments N.T. Wright in God, 9/11, the Tsunami, and the New Problem of Evil. Any Christian who can discuss the individual nature of salvation while struggling to articulate the impact of Christ’s death and resurrection on the greater evils of the world can relate.

Dr. Wright believes modern reading of the Scriptures have skewed toward individualism, causing us to read over the full work of Christ. He continues:

Once we learn to read the Gospels in a holistic fashion, we hear them telling us that the death of Jesus is the result both of the major political evil of the world, the power-games which the world was playing as it still does, and of the dark, accusing forces which stand behind those human and societal structures, forces which accuse creation itself of being evil, and so try to destroy it while its creator is longing to redeem it.

What the Gospels offer is not a philosophical explanation of evil, what it is or why it’s there, but the story of an event in which the living God deals with it. The call of the Gospel is for the church to implement the victory of God in the world.

Once we begin working out the fullness of Christ’s passion, Wright believes, “The cross becomes the sign by which, and by which alone, we go to address the wickedness of the world.” In other words, evil writ large—terrorism, natural disasters, immorality in our field of work, and injustices in government, economics, and every other social system—is redeemed through our daily embrace of the suffering servant.

As Christians we can reject the sacred calling to join Christ in this work by trying to solve the problem of evil apart from God. Wright explains:

The church is never more at risk than when it sees itself merely as the solution-bearer, and forgets that every day it must say “Lord, have mercy on me, a sinner,” and allow that confession to work its way into genuine humility even as it stands boldly before the world and its crazy empires.

The Gospels thus tell the story, unique in the world’s great literature, religious theories, and philosophies: the story of the creator God taking responsibility for what’s happened to creation, bearing the weight of its problems on his own shoulders.

I will walk in the presence of the LORD* in the land of the living. —Psalm 116.8