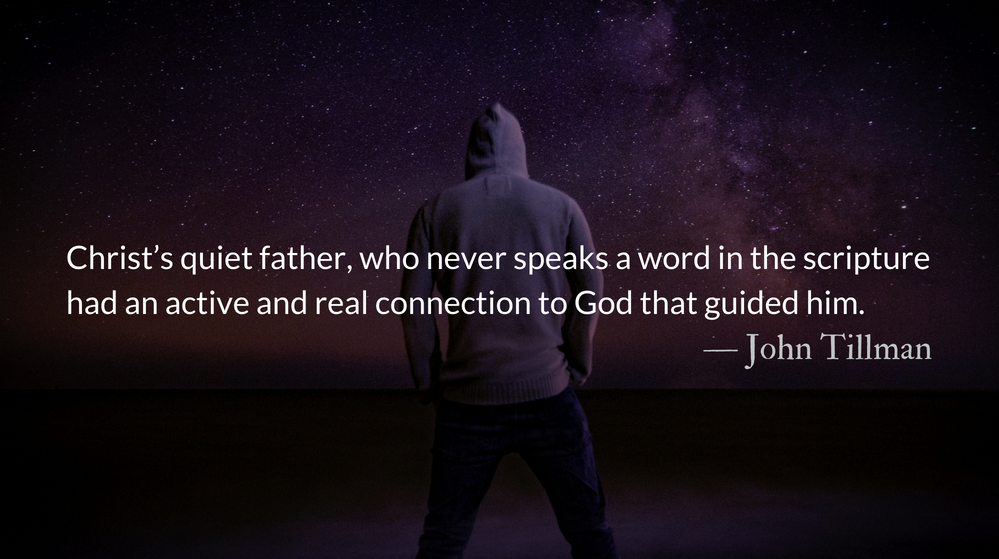 Selected by reader, Mario, from Los Angeles, CA
I was impressed with the comparison made between the two Josephs, especially the inspiring insight that Mary’s husband heard direct messages with immediate and practical application. “May we pray and dream as Joseph did. For only with a spiritual connection can we do what we must as a part of our calling.” Thank you for the challenging post.

An angel of the Lord appeared to Joseph in a dream. — Matthew 2.13

When we think of Joseph and dreams, we aren’t usually thinking about the New Testament. To further confuse the issue, both of the Bible’s dreaming Josephs are sons of Jacob and lived for a time in Egypt.

But even though Joseph of the Old Testament had more famous and fabulous dreams, Joseph the husband of Mary had dreams eminently more practical, more spiritual, and not requiring interpretation.

From the perspective of Jews at that time, God seemed to be missing from the world. His prophets had gone silent. His mighty actions and prophecies had become words in a book that some did not believe. Those who studied his commands most diligently, interpreted them to their own advantage and used scripture to oppress rather than free others.

Some of this situation certainly sounds familiar to us today. The loudest voices claiming to speak for God seem cruel and self-serving, and God himself seems indifferent. Until we focus on one small, poor, and powerless family.

One of the remarkable things about Mary’s Joseph is his connection to God. In a world that had seen no word from God in generations, Joseph’s dreams come with regularity and with specific, actionable intelligence and guidance. His son would become a mighty prophet, speaking and embodying God’s words to the multitudes, but Christ’s quiet father, who never speaks a word in the scripture had an active and real connection to God that guided him.

Prayer: The Morning Psalm
Show me your marvelous loving-kindness, O Savior of those who take refuge at your right hand from those who rise up against them. Keep me as the apple of your eye; hide me under the shadow of your wings… — Psalm 17.8-8

Additional Reading
Read More about Godly Silence :: Readers’ Choice
The Bible urges us to experience silence as a spiritual discipline. I believe we would be astounded by all God wants to say to us and yet He never gets a chance. Silence isn’t just golden, it is godly.

Read More about How to Grow in Prayer
Mastering the art of prayer, like anything else, takes time. The time we give it will be a true measure of its importance to us.

Support our Work
Every week The Park Forum sends over 13,000 email devotionals around the world. Support our readers with a monthly or a one time donation.