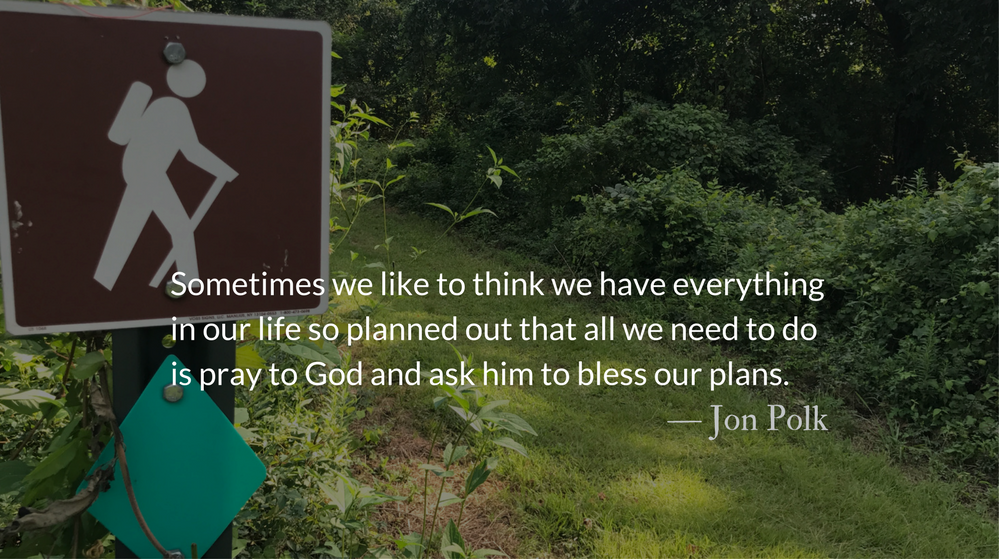 Detoured by the Holy Spirit

Scripture: Acts 16.6-7
Paul and his companions traveled throughout the region of Phrygia and Galatia, having been kept by the Holy Spirit from preaching the word in the province of Asia. When they came to the border of Mysia, they tried to enter Bithynia, but the Spirit of Jesus would not allow them to.

Reflection: Detoured by the Holy Spirit
By Jon Polk

Paul, Silas and Timothy intended to go and spread the message of Christ in some very major and influential cities in Asia Minor, cities that had access to roads and commerce which would help the gospel message spread. While this certainly sounds like a smart idea, God had other plans for them in Macedonia. God often changes the plans of even those with the best intentions.

Scottish pioneer medical missionary and explorer David Livingstone had hoped to travel to China as a missionary, but the Opium Wars kept him from going. He later met a missionary on leave from South Africa who convinced him to go there instead. It was there that Livingstone laid the groundwork for several major European missionary efforts to Africa.

Adoniram Judson, one of the first American missionaries to travel overseas, initially began his work in India, but along with many others, he was ordered out of the country by the British East India Company. He then moved to Burma, where he started a number of churches and translated the Bible into Burmese.

The legendary William Carey, called the “father of modern missions,” wanted to go to the Polynesian Islands, but God had directed another missionary there, so William Carey ended up in India instead. While there, he helped form the Baptist Missionary Society, one of the first major modern mission sending organizations.

Sometimes we like to think we have everything in our life so planned out that all we need to do is pray to God and ask him to bless our plans. We expect everything to unfold exactly as we’ve scripted it, but in reality that is almost never the case. Often, it is the interruptions, the redirections, and the unexpected changes that shape and mold us most. When following God, we need to be ready and willing to take a detour in unexpected directions.

This is the perspective that Paul, Silas and Timothy had to have as they were time and again redirected by God on their travels. This perspective helps keep us in touch with God’s leading in our lives, allowing him to take us where he pleases, rather than us trying to find the easiest or shortest path between two points. Growth can occur most along the twisting, winding path and God knows the way much better than we do.

The Greeting
Out of Zion, perfect in its beauty, God reveals himself in glory.— Psalm 50.2