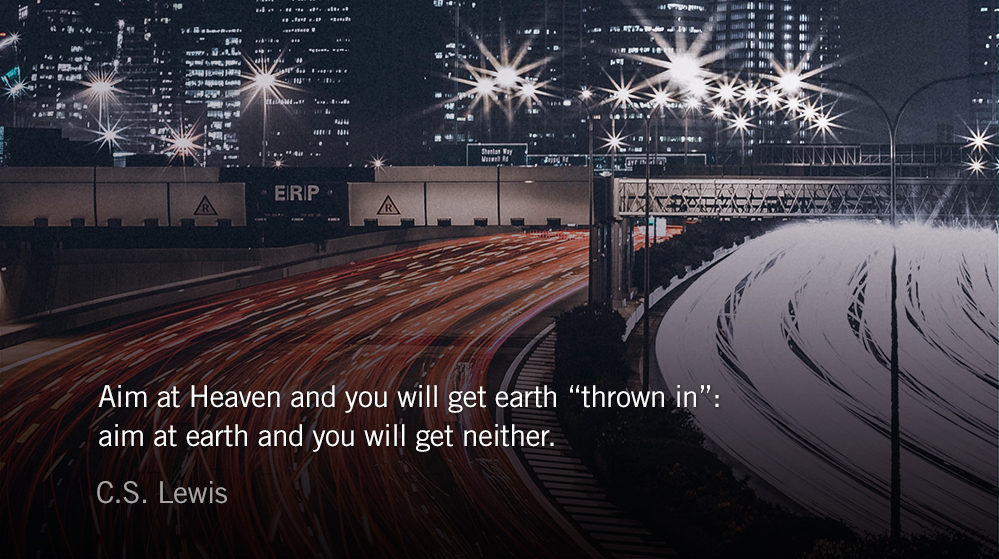 CS Lewis on Hope :: Reflections for a New Year

Tolkien’s words yesterday seemed timely, yet nearly discouraging—though he would have wanted his letter to be quite the opposite. Today we turn to his contemporary and, often, sounding board, C.S. Lewis, to highlight the hope he and Tolkien shared.

Hope is one of the Theological virtues. This means that a continual looking forward to the eternal world is not (as some modern people think) a form of escapism or wishful thinking, but one of the things a Christian is meant to do.

It does not mean that we are to leave the present world as it is. If you read history you will find that the Christians who did most for the present world were just those who thought most of the next. The Apostles themselves, who set on foot the conversion of the Roman Empire, the great men who built up the Middle Ages, the English Evangelicals who abolished the Slave Trade, all left their mark on Earth, precisely because their minds were occupied with Heaven.

It is since Christians have largely ceased to think of the other world that they have become so ineffective in this. Aim at Heaven and you will get earth “thrown in”: aim at earth and you will get neither. It seems a strange rule, but something like it can be seen at work in other matters.

Health is a great blessing, but the moment you make health one of your main, direct objects you start becoming a crank and imagining there is something wrong with you. You are only likely to get health provided you want other things more—food, games, work, fun, open air. In the same way, we shall never save civilization as long as civilization is our main object. We must learn to want something else even more.

Most of us find it very difficult to want “Heaven” at all—except in so far as “Heaven” means meeting again our friends who have died. One reason for this difficulty is that we have not been trained: our whole education tends to fix our minds on this world. Another reason is that when the real want for Heaven is present in us, we do not recognize it.

Most people, if they had really learned to look into their own hearts, would know that they do want, and want acutely, something that cannot be had in this world. There are all sorts of things in this world that offer to give it to you, but they never quite keep their promise.