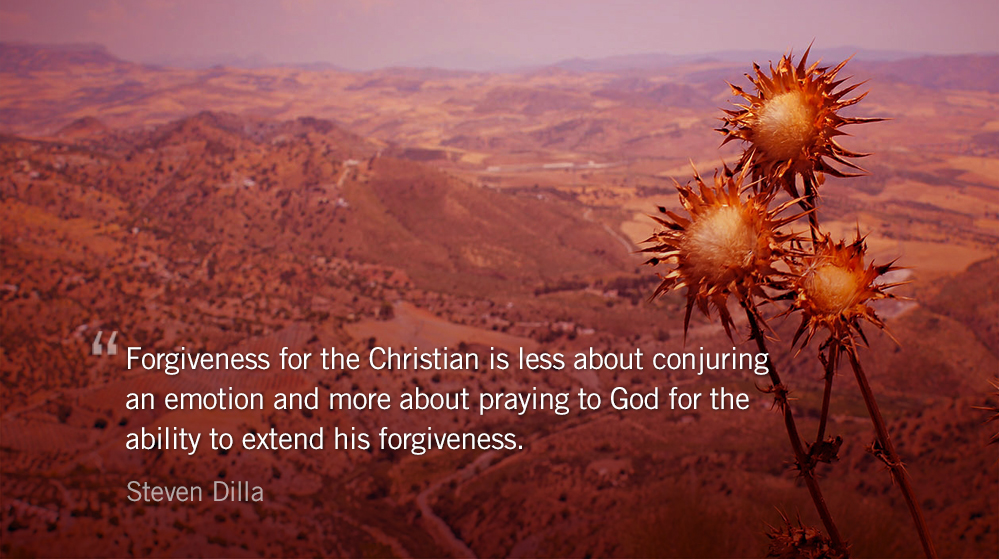 The Cost Of Forgiveness :: Readers’ Choice

“My family was profoundly betrayed at levels we could never have imagined. Knowing we had to forgive, this post helped us to understand not only what forgiveness is but what it isn’t as well.” — Lisa

Genesis 43.31, 34
After Joseph had washed his face, he came out and, controlling himself, said, “Serve the food.” […and] they feasted and drank freely with him.

Research on forgiveness has surged, according to a PBS series on mental health. Those who forgive, “are more likely to be happy, serene, empathetic, hopeful, and agreeable,” the series summarizes, adding that forgiving people also experience:

It’s important to clarify what we mean by forgiveness. Forgiveness is not the same as (1) reconciliation, (2) forgetting, (3) condoning or excusing, or (4) justice, clarifies Sonja Lyubomirsky in, The How of Happiness.

Forgiveness is an act of faith where the offended party chooses not to be taken captive in a cycle of retribution. It’s a way for the offended to release themselves from the control of the offender.

Forgiveness always has a cost. The deeper the wound, the higher the cost. We see this in the story of Joseph’s feast with his brothers in Genesis 43. The most significant cost wasn’t financial or social, although Joseph sacrificed in both ways. (Feasts were expensive and ancient Egyptians considered eating with Israelites an abomination).

The greatest cost was the toll forgiveness and restoration took on Joseph. He retreated to his private room to weep after he saw his brother Benjamin. Upon returning Joseph intentionally blessed the brothers who cursed him.

By hosting a feast for his brothers, Joseph was inviting the source of his deepest pain to partake in the fruits of his greatest blessing.

Forgiveness rarely comes out on top in a cost/benefit analysis. The only sufficient reason to forgive is if we look beyond the parties of the offended and the offender. Forgiveness for the Christian is less about conjuring an emotion and more about praying to God for the ability to extend his forgiveness to those who have wronged us.

In Joseph’s case, being willing to endure the cost of forgiveness laid the groundwork for an entire nation and ultimately for Christ — the suffering servant who would forgive us all.

Prayer
Our Father in heaven, holy is your name. We see that your calling to forgive others is better for us, yet we struggle in the realities and pains of life. Strengthen and guide us to forgive as you have forgiven. We ask for this in Jesus’ name.