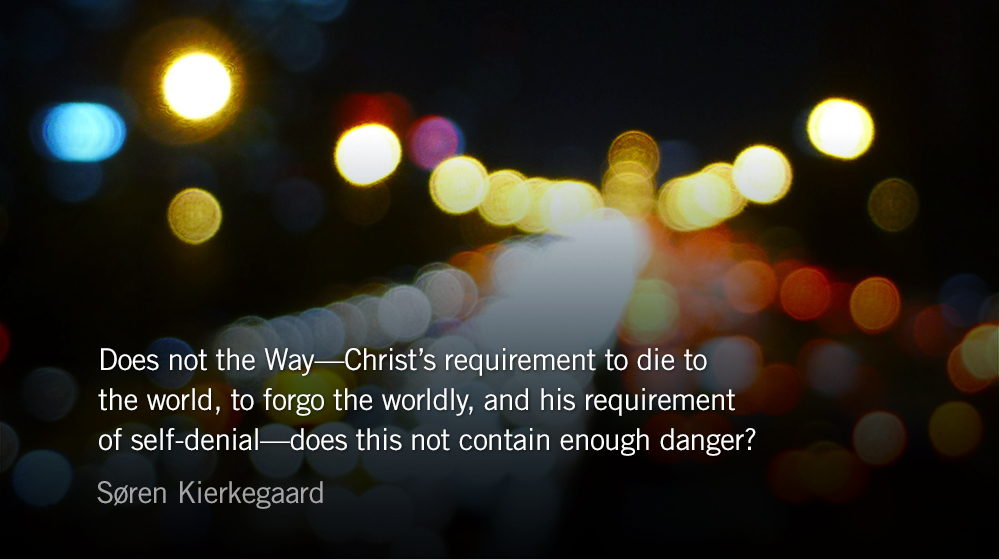 Christ consistently used the expression “follower.” He never asks for admirers, worshippers, or adherents. No, he calls disciples. It is not adherents of a teaching but followers of a life.

Blessed is he who comes in the name of the Lord!

Reflection: Beyond Admiration
By Søren Kierkegaard

Is it not true that the more strongly someone makes assurances, while his life still remains unchanged, the more he is only making a fool of himself?

Now suppose that there is no longer any particular danger—as it no doubt is in so many of our Christian countries—bound up with publicly confessing Christ. Suppose there is no longer need to journey in the night. The difference between following and admiring—between being, or at least striving to be—still remains.

Forget about this danger connected with confessing Christ and think rather of the real danger which is inescapably bound up with being a Christian. Does not the Way—Christ’s requirement to die to the world, to forgo the worldly, and his requirement of self-denial—does this not contain enough danger? If Christ’s commandments were to be obeyed, would they not constitute a danger? Would they not be sufficient to manifest the difference between an admirer and a follower?

The difference between an admirer and a follower still remains, no matter where you are. The admirer never makes any true sacrifices. He always plays it safe. Though in words, phrases, songs, he is inexhaustible about how highly he prizes Christ, he renounces nothing, gives up nothing, will not reconstruct his life, will not be what he admires, and will not let his life express what it is he supposedly admires.

Not so for the follower. No, no. The follower aspires with all his strength, with all his will to be what he admires. And then, remarkably enough, even though he is living amongst a “Christian people,” the same danger results for him as was once the case when it was dangerous to openly confess Christ.

And because of the follower’s life, it will become evident who the admirers are, for the admirers will become agitated with him. Even that these words are presented as they are here will disturb many—but then they must likewise belong to the admirers.

Love the Lord, all you who worship him; the Lord protects the faithful, but repays to the full those who act haughtily. —Psalm 31.23