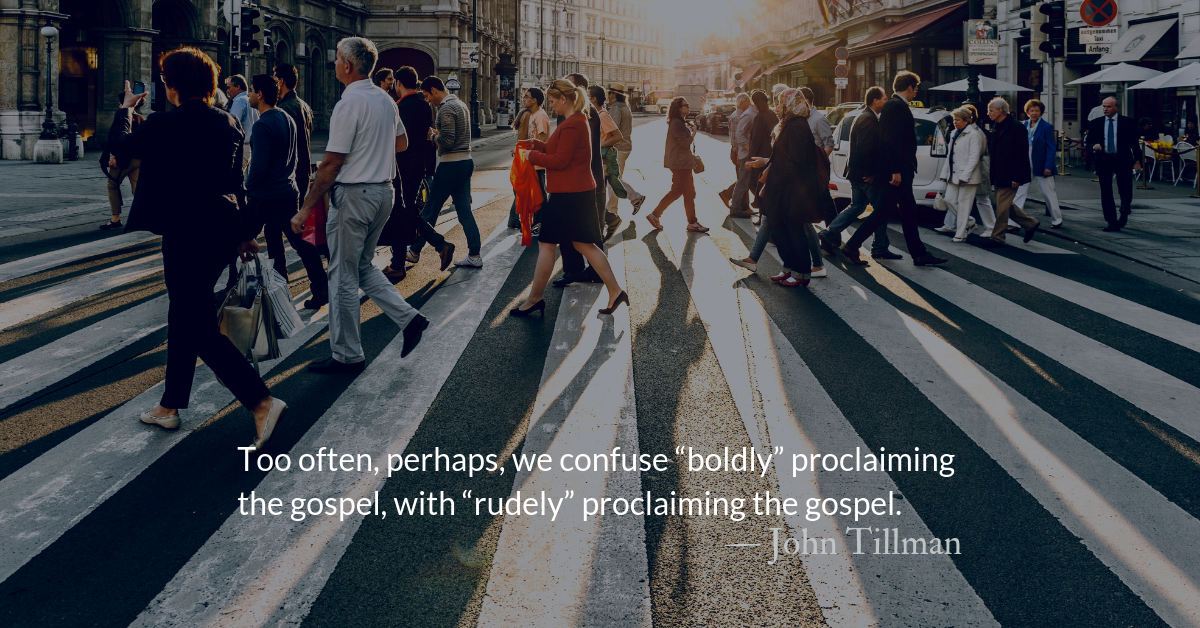 Acts 16.15
When she and the members of her household were baptized, she invited us to her home. “If you consider me a believer in the Lord,” she said, “come and stay at my house.” And she persuaded us.

Accommodating to the culture does not include compromising the gospel. The gospel is non-negotiable. Paul consistently defends the gospel, refusing to compromise with sin or affirm sinful behaviors. But he endlessly strives to accommodate to the culture of those he is reaching, adjusting his behavior and language. The gospel is offensive and counter-cultural in its nature, but Paul strives to avoid avoidable offense.

In the rest of Paul’s ministry, he goes first to a synagogue to teach the Jews and God-fearing Gentiles. Here in Phillipi, he goes out to the river to find a “place of prayer” and speaks to a group of women. The word proseuchē, which is translated as “place of prayer” is occasionally synonymous with a synagogue, however, many commentators believe its usage means there were not enough male Jewish believers to form a synagogue.

What is unusual about this Jewish gathering, is the prominence of Lydia—not only a woman but a non-Jew. In all the other cities they visit, Luke neglects to name the male leaders of synagogues who either welcomed or rejected Paul’s message, but here in Phillipi, Lydia is given special attention. By comparison, later in the chapter, Luke leaves nameless the Phillipian jailer who also came to faith “with his entire household” as Lydia did.

Lydia is also the first person scripture records as being baptized in Paul’s ministry (though we know there were others before her). She is also the first baptized Christ-follower in the European continent. Scripture tells us that after Lydia’s conversion she “persuaded” Paul and the others to stay with her. The word implies entreaty or compelling someone to do something they would not ordinarily do. Jews would not normally stay in the home of a non-Jew, not even a proselyte believer such as Lydia.

What we see at work here is the continuing development of Paul’s pattern of accommodating himself to different cultures for the sake of spreading the gospel. As Paul set out on this journey, he had Timothy circumcised, so as not to be an offense to Jews as they traveled. This was an accommodation to his intended audience. Paul was opposed to requiring non-Jews to be circumcised. And here, among the most Jewish part of Phillipi’s culture, Paul abandons Jewish customs that he upholds at other times.

Prayer: A Reading
And so the Lord Jesus, after he had spoken to them, was taken up into heaven: there at the right hand of God he took his place, while they, going out, preached everywhere, the Lord working with them and confirming the word by the signs that accompanied it. — Mark 16.19-20

Read more about Cringing at Culture or at Christ?
As we attempt to manifest Christ in our world and to our culture, we must allow the Holy Spirit to bring out in us the fullest picture of who God is.

Read more about Balaam’s Success
Balaam coached Balak on a conspiracy to tempt Israel to sins that their culture was prone to.