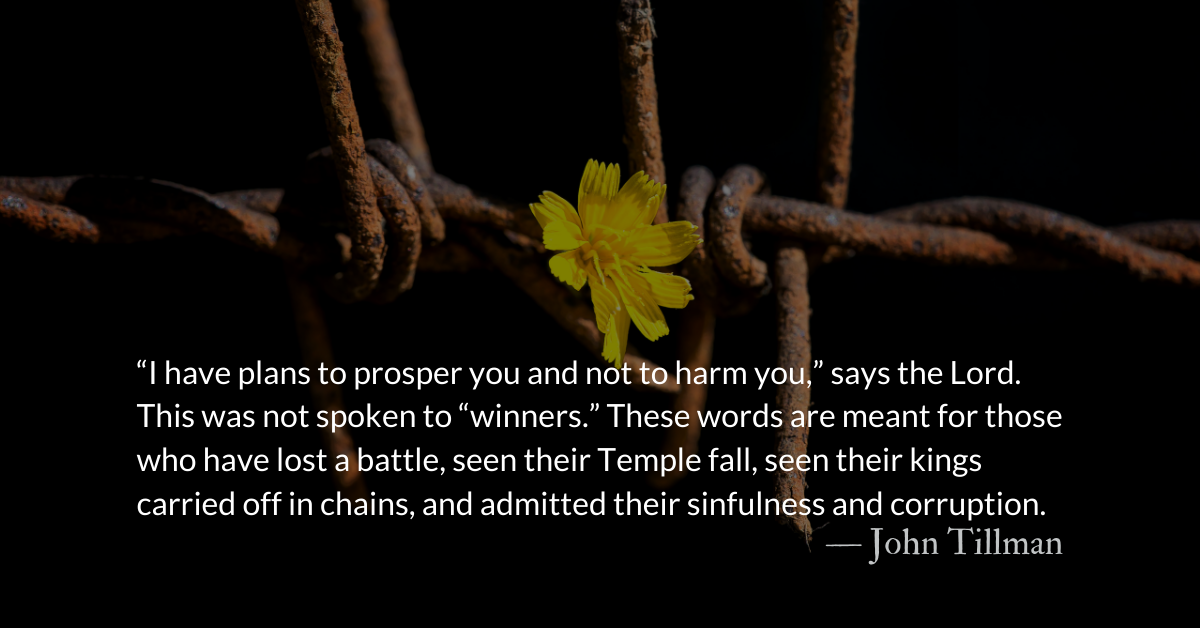 Scripture Focus: 2 Kings 24.20
20 It was because of the Lord’s anger that all this happened to Jerusalem and Judah, and in the end he thrust them from his presence.

God put his name on the people so they could “image” him to the world. He promised to bless nations through them. He put his Spirit in the mouths of their prophets, priests, kings, and poets. His presence filled their Temple with glory.

Yet, they rejected him. They chose cursing, not blessing. They blasphemed God’s name by misrepresenting him with their actions.

Instead of lifting up the poor, caring for the outcast, and welcoming the foreigner, they crushed, oppressed, and denied justice. They tortured and killed God’s messengers, preferring uncritical voices. They despised the Lord’s presence by serving other gods and idols right in the very Temple that bore God’s name. They did all this with impunity, still considering themselves righteous.

Can we see ourselves in them? How is God’s name thought of because of us? Do people call us a blessing? What would the poor, outcast, and foreigners think of God’s love for them if they based it entirely on our treatment of them? Do we represent God faithfully?

God planned good things for Israel during captivity. This is what Jeremiah 29.11 is about. In exile, God would rebuild Israel. But to be remade into God’s image they had to be stripped of all they had relied on other than God.

The beautiful walled city? Not one brick left on another.
The newly restored Temple? Stripped of valuables. Razed to the ground.
The proud kings, noble families, and wealthy leaders? Stripped. Shaved. Enslaved. Some blinded. Some maimed. Many would have been castrated and made eunuchs.

Do we feel destroyed or stripped or exiled or shamed or humiliated? Do we see failure and unrighteousness? If so, we can still turn to God. “I have plans to prosper you and not to harm you,” says the Lord. This was not spoken to “winners.” These words are meant for those who have lost a battle, seen their Temple fall, seen their kings carried off in chains, and admitted their sinfulness and corruption.

Not all misfortunes are judgments of God for sin. But whenever we feel crushed and hopeless, God tenderly reminds us that he has not forsaken us even if we have forsaken him. Even in exile, we do not need to despair but to repent, be restored, and be a blessing where God sends us.

His anger is only for a moment. His mercy endures forever. (Psalm 30.5)

Divine Hours Prayer: The Call to Prayer
Hallelujah! Give thanks to the Lord for he is good, for his mercy endures forever. — Psalm 106.1

Read more about Have Mercy
Pray this pluralized version of Psalm 51 this week, confessing not only our individual sins but the sins of our communities, churches, and nations.

Read more about Hope for Mercy
Despite their errors, it is consistently “by faith” that they persevere through hardship.