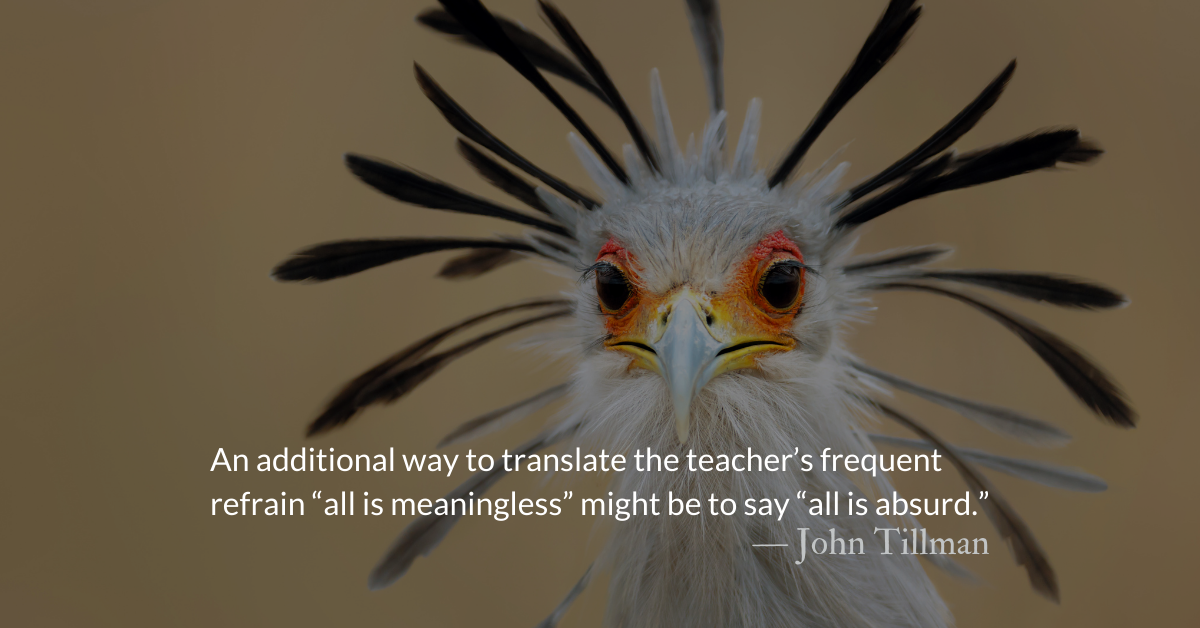 Scripture Focus: Ecclesiastes 10.20
20 Do not revile the king even in your thoughts,
or curse the rich in your bedroom,
because a bird in the sky may carry your words,
and a bird on the wing may report what you say.

Who needs spying birds when digital devices are listening? In modern life, this proverb might say, “Don’t discuss appliances near Alexa or your entire Facebook feed will be filled with Samsung ads.”

The idea of spying birds is ancient. Most ancient versions are inspired by Ecclesiastes. The idea is so prevalent in culture that a faux-conspiracy group based on this was created. “Birds Aren’t Real” is a parody of conspiracy theory groups such as Qanon. It claims that birds are CIA spy drones.

It started in 2017, when Peter McIndoe was struck by the absurdity of conspiratorial nonsense spouted by opposing political protestors. The slogan he created as a spontaneous joke became a movement. Many people, particularly Gen Z adults, played along, staging real protests for a fake cause. Why?

An additional way to translate the teacher’s frequent refrain “all is meaningless” might be to say “all is absurd.” The teacher explored wisdom, foolishness, and madness. The absurdities of life can be troubling, especially when leaders, friends, and family seem to be in their grip. What benefit is wisdom when so many are willing to follow foolishness like that which inspired “Birds Aren’t Real?”

Many Birds Aren’t Real participants acted out of frustration with friends and family captivated by Qanon and other absurd conspiracy theories. Poking fun at these conspiracies with their own fake conspiracy helped them “laugh at the madness, rather than be overcome by it.”

Birds are real and they don’t inform on people. Ecclesiastes’ practical advice isn’t meant to be interpreted literally. The proverb is not warning us against government or corporate spying. The proverb also does not mean to avoid criticizing leaders, even though abusive leaders attempt to imply this. If criticizing the king was a sin we’d have to throw out most biblical prophets.

The proverb does carry many truths. Powerful people will always use information (or misinformation) to their benefit—for oppression or selling appliances. Words spoken in private will often be shouted from the rooftop. (Luke 12.3) We need to be people of integrity, speaking public truth rather than private slander.

Confronting lies is a necessity amidst the absurdity of modern debate. Our concern should not be our fate when leaders hear the truth, but our community’s fate if leaders deny the truth.

However we stand for the truth, whether by sermon or satire, let us do so with integrity.

Divine Hours Prayer: The Small Verse
The people who dwelt in darkness have seen a great light.

Read more about Facts and Harsh Realities
The Bible acknowledges these harsh realities side-by-side with aspirational faith that justice will be done.

Read more about The Commission of Truth
Leviticus 5.1 identifies a unique kind of sin—the sin of not testifying to the truth when it is called for.