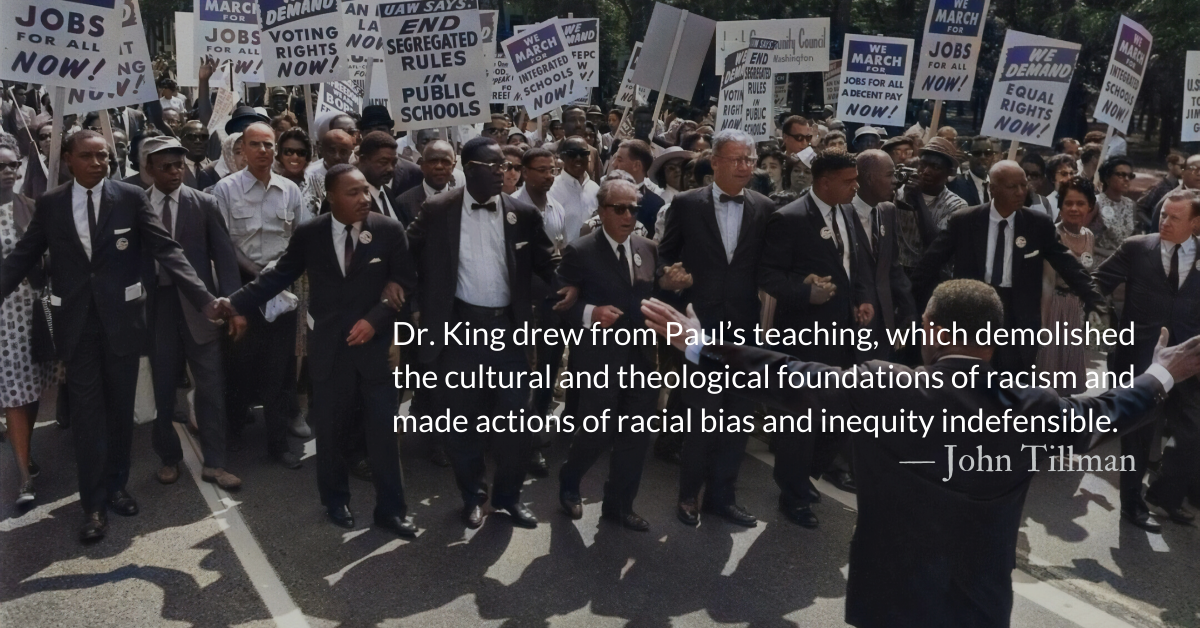 Scripture Focus: Nehemiah 10.39
We will not neglect the house of our God.

Acts 20.20-21
You know that I have not hesitated to preach anything that would be helpful to you but have taught you publicly and from house to house. I have declared to both Jews and Greeks that they must turn to God in repentance and have faith in our Lord Jesus.

From John:
Again this year, on Martin Luther King Jr. Day in the United States, we look back to a sermon from Dr. King

Like Dr. King, Paul was interested in actions which spring from the full implications of the gospel. Though racism and slavery took centuries to fall, it was Paul’s theology that struck the killing blow in the 1st century. Dr. King drew from Paul’s teaching, which demolished the cultural and theological foundations of racism and made actions of racial bias and inequity indefensible. (Though some will still try to defend them…)

The gospel is the only theology or philosophy which poisons racism at its root.

When we speak of spreading the gospel, may it be with the purpose of eradicating the scourge of racism, rather than apathetically denying its existence or mitigating our responsibility to oppose it.